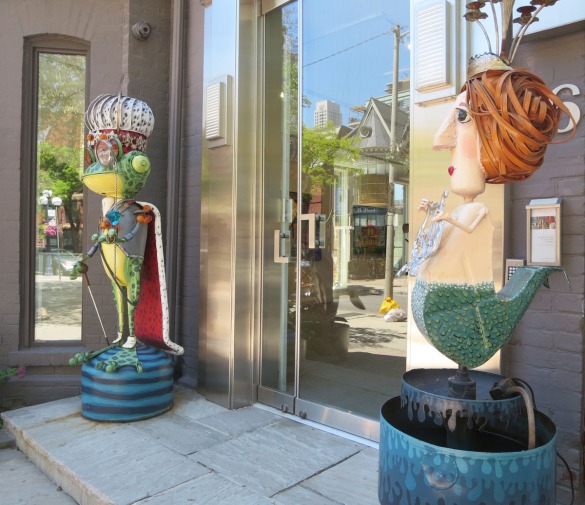 Once a separate village, annexed by TORONTO in 1883, YORKVILLE is one of the city’s ritziest neighbourhoods – which isn’t entirely good. The money-making potential of properties in the village is coveted by developers, and lately they’ve begun some serious nibbling around the edges. 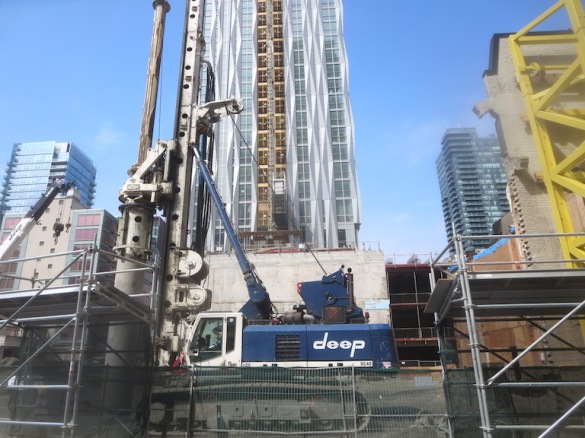 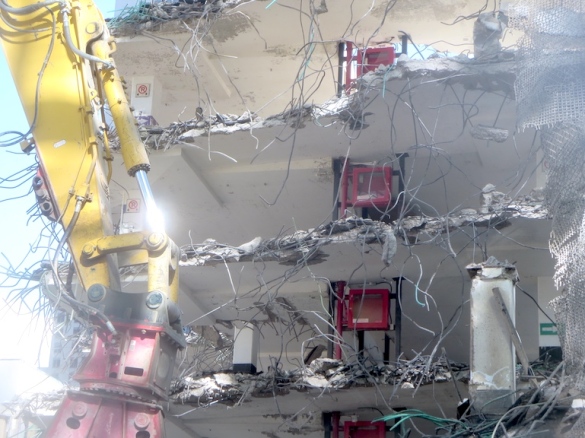 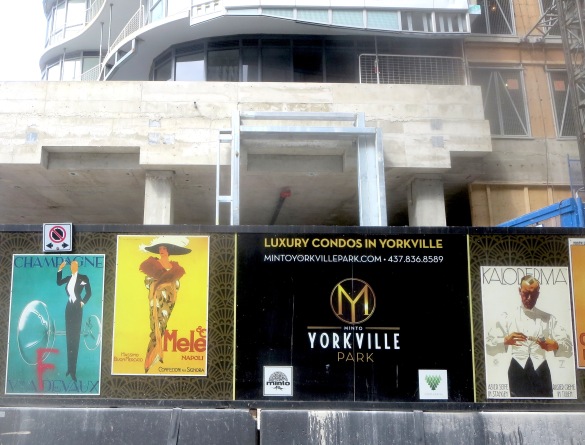 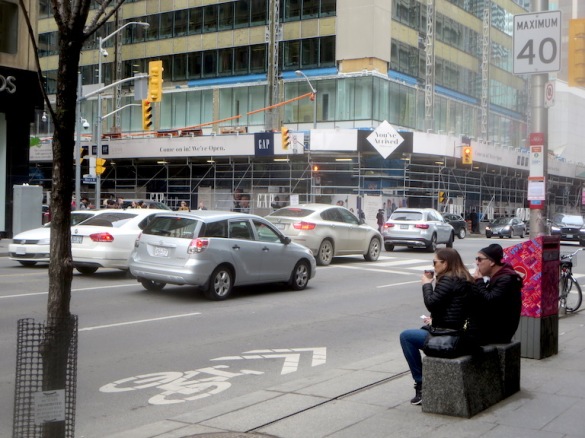 YORKVILLE is home to some of TORONTO’s most expensive condominiums, starting at over a million dollars and ascending from there. Two subway stations are nearby, Canada’s largest museum is around the corner, and up-scale Bloor Street West’s shopping is next door. Brand names from Bloor have been spilling over into Yorkville for some time now.  <ABOVE – taking in the scene at Bloor and Bay Streets> 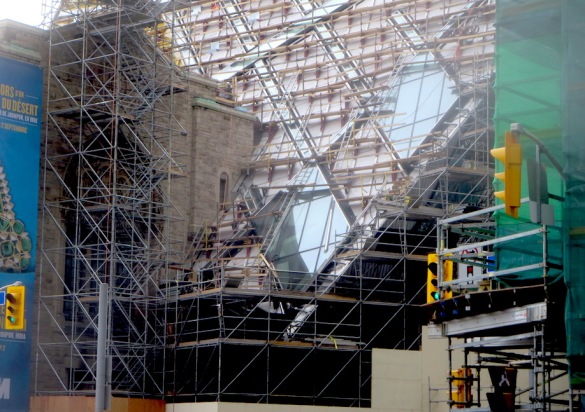 <ABOVE – the Royal Ontario Museum is having some work done.> 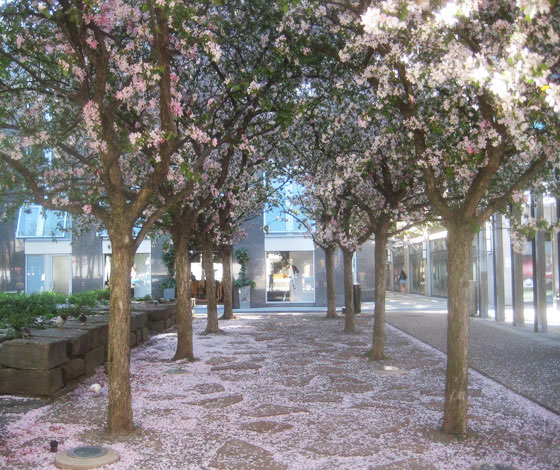 FORTUNATELY though, much of Old Yorkville remains – for now anyway.. It’s a truly beautiful neighbourhood, perfect for pedestrians and urban explorers.  The construction cranes aren’t yet everywhere.  May it ever be so. 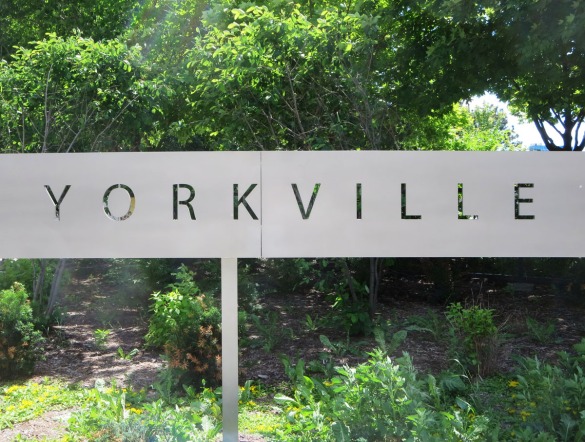 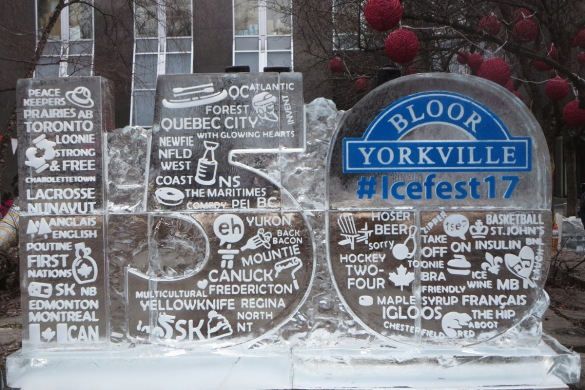 The theme of this year’s Bloor-Yorkville Icefest is CANADA150, the year-long celebration of Confederation.  For this, the Festival’s 12th year, 20,000 pounds of crystal clear ice has been shaped into iconic images of our country – Mounties, beaver, First Nations, the Eternal Flame, House of Commons, Canada geese, etc. At night the sculptures are illuminated.  http://www.bloor-yorkville.com/icefest 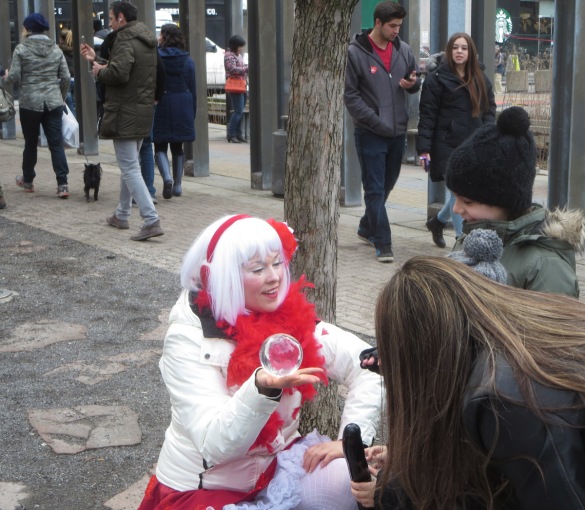 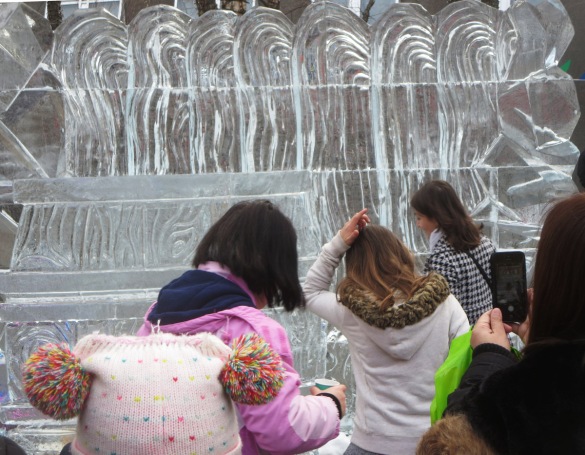 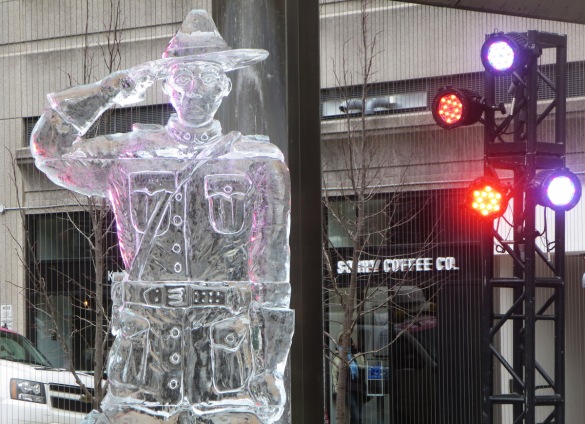 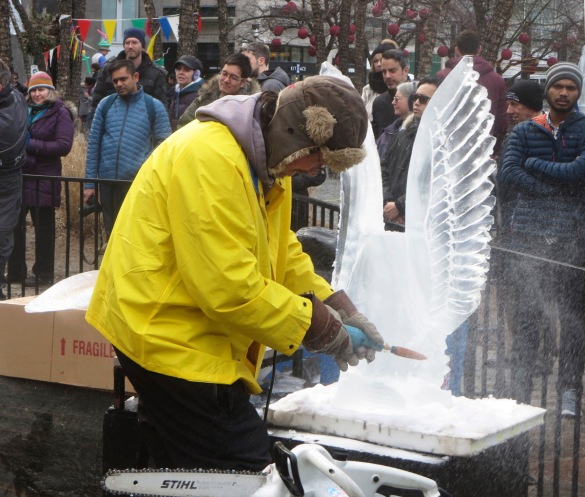 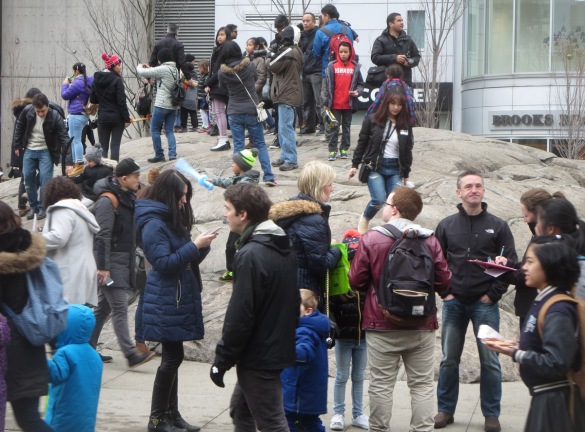 YORKVILLE was once a separate village, and in many ways it still is. There’s more wealth on display in this district than anywhere else in the city’s core. Combined with Bloor Street West, the village is one of the most expensive retail spaces in North America. At the same time, its shady residential streets give visitors a pleasurable tour of TORONTO architecture from the 1800’s to the present day. On a summer day, this is urban paradise. 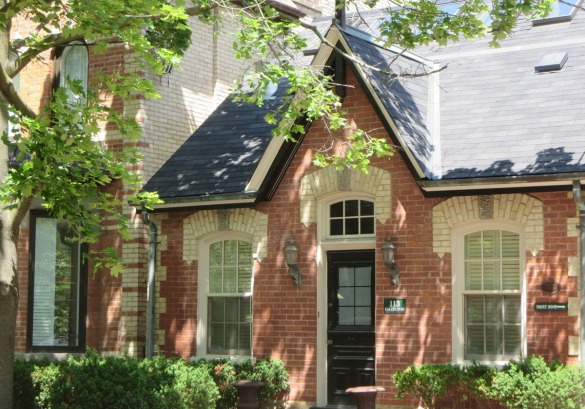 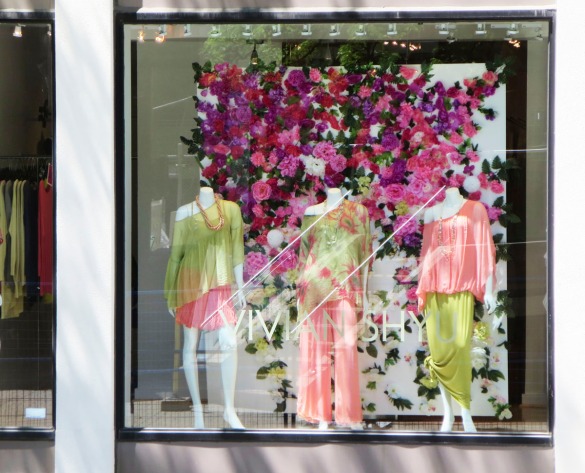 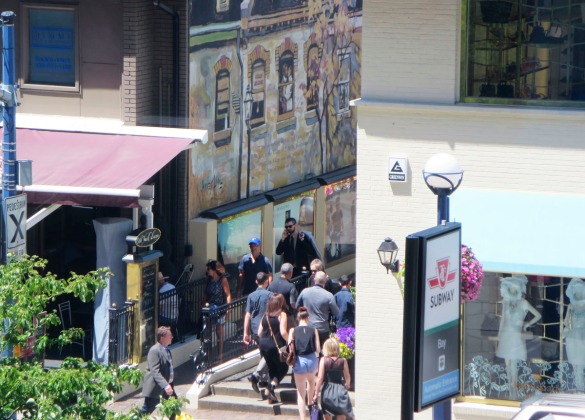 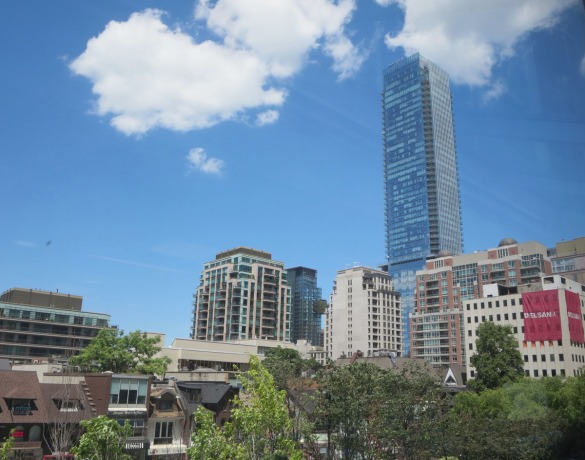