“A GAY CONDUCTOR: THAT MEANS SOMETHING” is an attention-grabbing headline in Sunday’s New York Times’ Arts & Leisure section.

Yannick Nézet-Séguin is now the music director of the Metropolitan Opera. 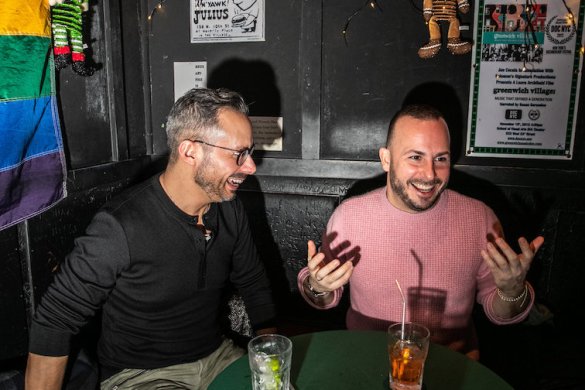 <PHOTO by JEENAH MOON for the New York Times – Yannick Nézet-Séguin on the right, with his partner Pierre Tourville>  ZACHARY WOOLFE writes: “Despite gay pioneers like Michael Tilson Thomas (at the San Francisco Symphony) and Marin Alsop (in Baltimore), conducting remains an overwhelmingly straight (and male, and white) profession.  “Even NEW YORK, the city that gave rise to the modern gay rights movement . . . has been dominated by two conductors: Leonard Bernstein and James Levine, who both kept their sexual relationships with men hidden.”

<PHOTO by JEENAH MOON for the New York Times – Mr. Nézet-Séguin on the left, with his partner Pierre Tourville> 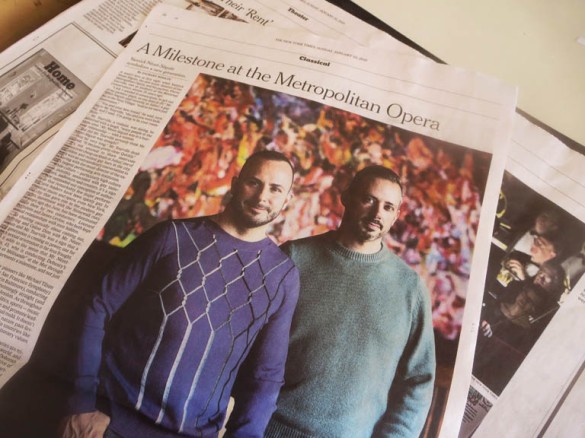 The writeup about Yannick Nézet-Séguin and his long-time partner, violist Pierre Tourville, is an uplifting milestone for both the Opera and the LGBTQ community.  You’ll find Zachary Woolfe’s in-depth story at https://www.nytimes.com/2019/01/15/arts/music/yannick-nezet-seguin-met-opera-gay.html