Our city’s oldest military cemetery was established by Governor Simcoe to receive bodies from nearby Fort York.  His youngest daughter, Katherine, was the first to be buried here, followed by another 400 – including some casualties from the War of 1812.  The cemetery was closed in 1863, and virtually abandoned until the late 19th century, when it was turned into a public park.  Fortunately, a few of the earliest gravestones have survived, and they now form a wall of remembrance.  In the centre of the park is an impressive monument to the War of 1812, sculpted by Walter Seymour Allward. 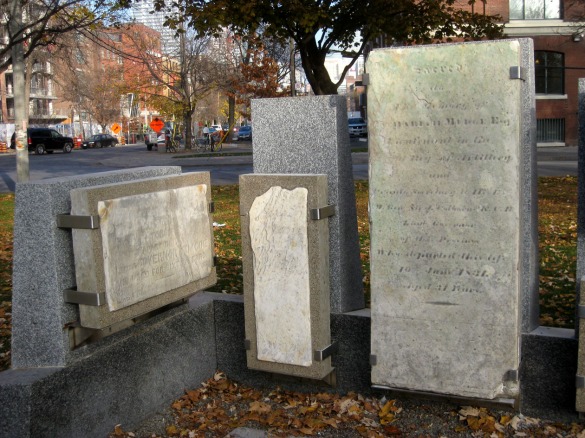 King West streetcar #504 to Portland Street, and then walk south a block.

The Union Jack flies over all.