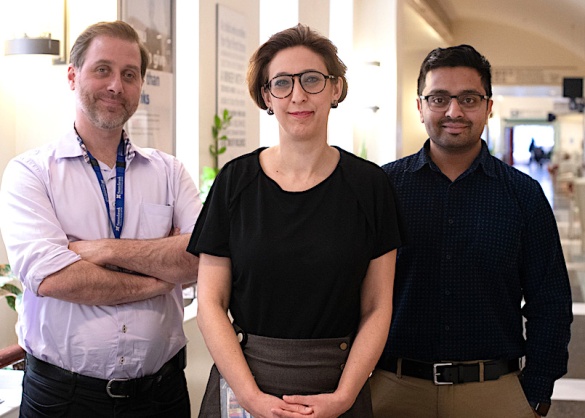 Thanks to collaboration among researchers from Toronto’s Sunnybrook Hospital, McMaster University in Hamilton and the University of Toronto the agent responsible for the outbreak of COVID-19 has been isolated. The team was able to culture the virus from two clinical specimens in a Level 3 containment facility. <PICTURED ABOVE – left to right, Dr. Robert Kozak, Dr. Samira Mubareka, Dr. Arinjay Banerjee>

“We need key tools to develop solutions to this pandemic. While the immediate response is crucial, longer-term solutions come from essential research into this novel virus,” said Dr. Samira Mubareka, microbiologist and infectious diseases physician at Sunnybrook.

“Researchers from these world-class institutions came together in a grassroots way to successfully isolate the virus in just a few short weeks,” said Dr. Rob Kozak, clinical microbiologist at Sunnybrook. “It demonstrates the amazing things that can happen when we collaborate.  Now that we have isolated the SARS-CoV-2 virus, we can share this with other researchers and continue this teamwork,” he said.

Robert Kozak and Samira Mubareka are part of a local working group of scientists researching the COVID-19 coronavirus outbreak and developing a suite of tools to control it (photo by Nick Iwanyshyn)  “The more viruses that are made available in this way, the more we can learn, collaborate and share.”  Many thanks to Canada’s NATIONAL HEALTH.

The unique building will no doubt stand out against its surroundings – some of which are already landmarks. Shaped as a truncated trapezoidal pyramid, the PIE Complex will have shared rooftop terraces, and the bottom two floors will be recessed – “lifting” the building off the ground level. 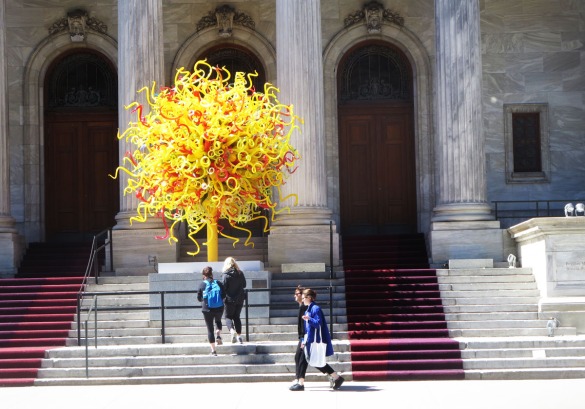 QS, headquartered in the United Kingdom, has elevated MONTREAL to the #1 spot on its list of Best Student Cities in the World. The rankings are based on the student mix, desirability, employer activity, affordability and the opinions and experiences of students.  VANCOUVER was the only other Canadian city in the Top 10 list at #10.  Ben Sowter of the QS Intelligence Unit – “For Montreal and other Canadian cities, the actual experience that people are having when they go there is much more positive than the imagination or expectation of it before they go.” 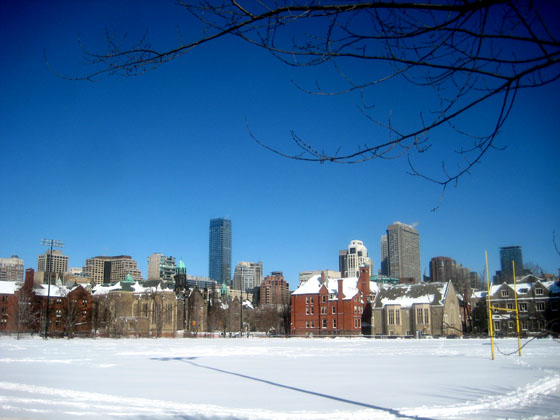 Meanwhile, the University of TORONTO has noticed a surge in the number of Americans visiting its website – http://www.future.utoronto.ca – since Donald Trump’s election. U of T is consistently ranked one of the top 10 public universities in the world.  https://www.utoronto.ca/news/u-t-named-best-global-university-canada-21st-world-us-news-world-report 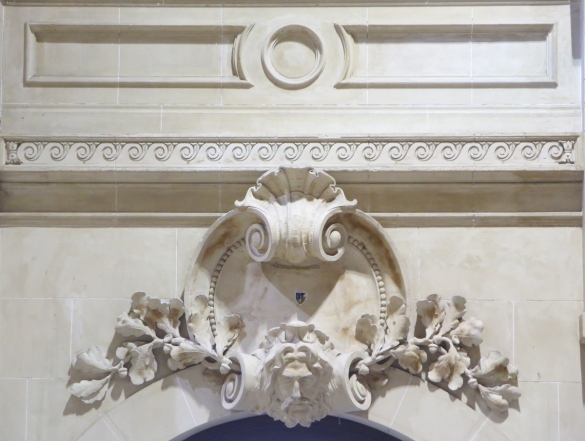 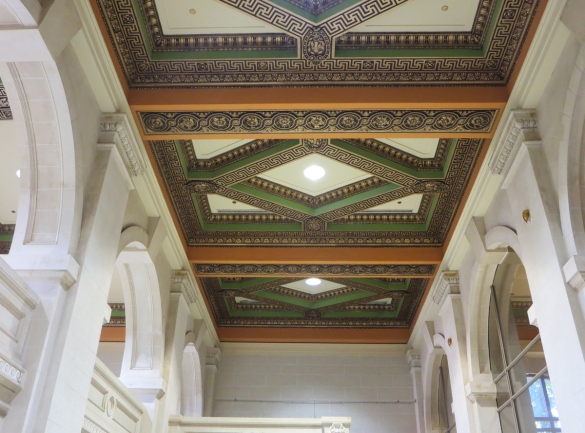 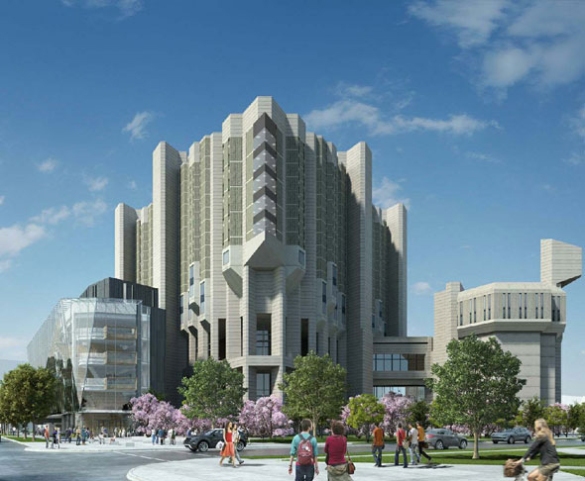 Rising above Harbord Street at St. George, the University of Toronto’s Robarts Library is a perfect example of TORONTO brutalism. Named after former Ontario premier John Robarts, the building opened in 1973 to mixed reviews – many of them negative.  Plans are now afoot to add a 1,200 seat reading room on the Huron Street side of the building. The design, prepared by Diamond Schmitt Architects, features a light glass curtain wall wrapped around the west side, which will allow in 4 storeys of afternoon sunlight. The Robarts Common will be connected to the main library by a four-storey bridge. An extensive green roof is included in the project plan filed with the City of TORONTO. 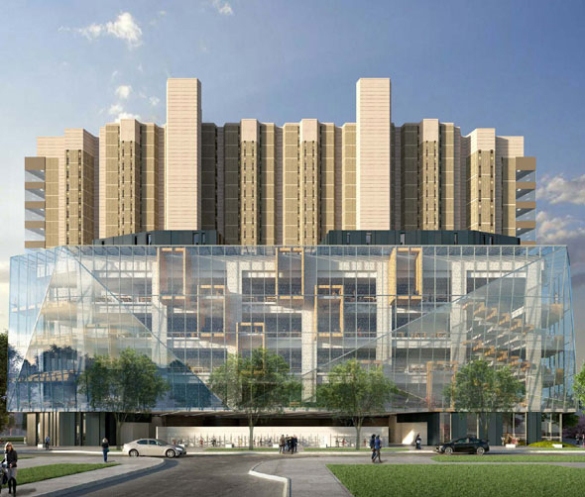 They came from all three campuses and beyond to play in the snow. Madina Siddiqui and Frishta Bastan planned the event to lighten the spirits of students bogged down with mid-terms and assignments.

Jonathan Cassin, a fourth year student, said “everything was fun, but the spontaneity of it is what really made it special. It brought all kinds of students together, from arts and science to engineers.”

Plans are to make this an annual event.  PHOTOS – Jennifer Su/The Varsity – http://www.thevarsity.ca

The geographic centre of downtown TORONTO is devoted to politics, medicine and education. The Ontario legislature and provincial government buildings, a complex of 5 hospitals and scientific research facilities, and the University of TORONTO occupy several city blocks north to south, east to west.

The University of TORONTO was founded by royal charter as King’s College in 1827. It was originally controlled by the Church of England, but is now a secular institution made up of twelve colleges.  U of T was the birthplace of insulin and stem cell research, site of the first practical electron microscope, developed multi-touch technology, identified Cygnus X-1 as a black hole and developed the theory of NP completeness. By a significant margin, it receives the most annual research funding of any Canadian university. 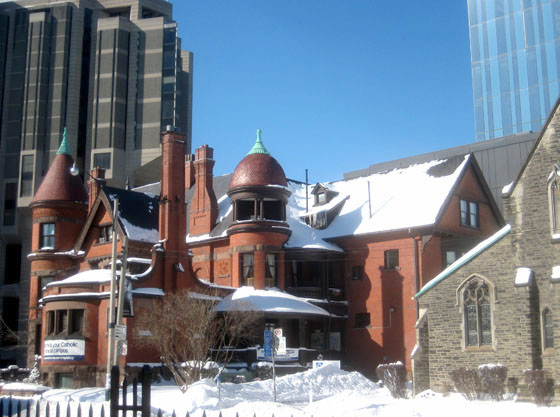 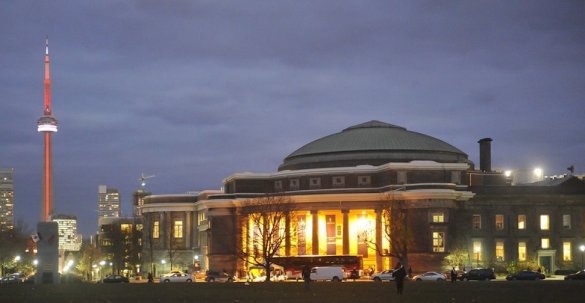