JEFF ROCK, a scientist, has been appointed the next senior pastor at TORONTO’s Metropolitan Community Church. He will succeed Rev. Dr. BRENT HAWKES who is retiring after 38 years with MCC.  Pastor Rock: “I look at myself as a 33-year-old young gay man in ministry and I know I wouldn’t be where I am today without people like Rev. Dr. Brent Hawkes. I think that there are deep conversations that need to happen in TORONTO about class, and about housing costs and poverty.”

The CN Tower, TORONTO’s #1 tourist attraction, now has a new mascot. It’s a miniature version of the tower itself – only with arms. 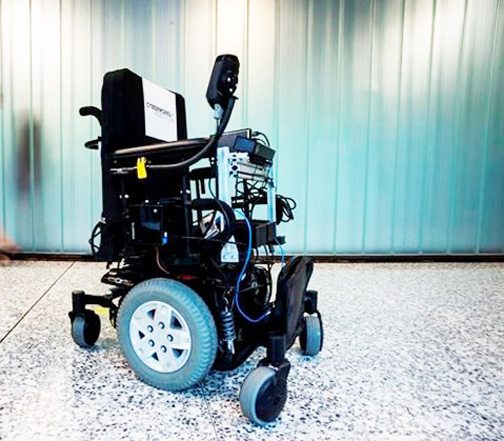 Over the past two years TORONTO-based Cyberworks Robotics & the University of Toronto have developed a cost-efficient technology that will allow power wheelchairs to drive themselves. The concept was originally intended for users with upper-body-disabilities such as hand tremors, ALS, and spinal cord injuries. These new wheelchairs could dramatically enhance quality of life, and make it much easier to accomplish everyday things.  Cyberworks is currently in the process of getting necessary approvals to allow wheelchair users to test the technology, and eventually making it useable outdoors.

A 6-foot TORONTO sign, made from washed-up driftwood has appeared on the water in Humber Bay Park, the work of artists Thelia Sanders-Shelton and Julie Ryan.  Making the sign was a challenge. The duo spent five days on their project, up to seven hours at a time, collecting driftwood and lugging rocks. Julie Ryan said they put a heart at the end of the sculpture to celebrate TORONTO as “a city of love. It’s a place of goodness and kindness.”