<Taping ‘The French Chef’ at PBS station WGBH in Boston, April 16, 1970>  JULIA CHILD, ‘the French Chef’ would have been one hundred years old on August 15/2012.  Unfortunately, this wonderful woman is no longer with us – but her books, methods, kitchen, videos of old television programs, and Meryl Streep’s spot-on screen impersonation – will live on and on. 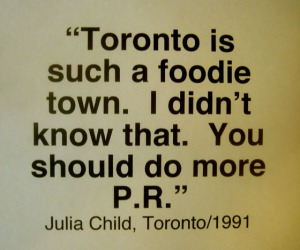 In 1991, JULIA CHILD visited TORONTO, met the local star chefs and generally did the town. 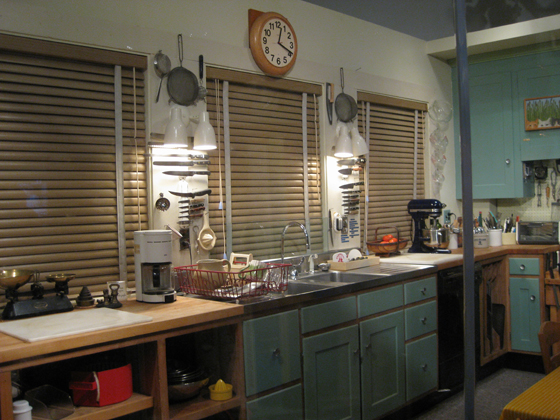 <One of the Smithsonian’s most popular exhibits – Julia Child’s Kitchen>  Good news if you’re visiting WASHINGTON DC:  Julia’s kitchen is reopening to the public at the Smithsonian Institute in November.  It will anchor a new exhibit hall titled ‘Food: Transforming the American Table, 1950-2000′.