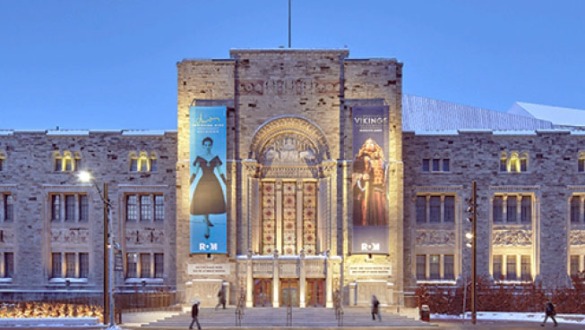 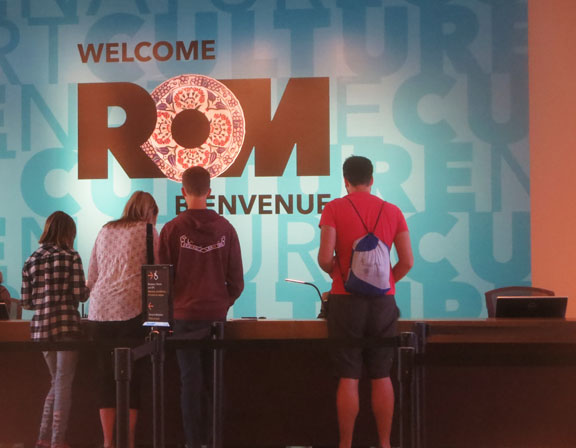 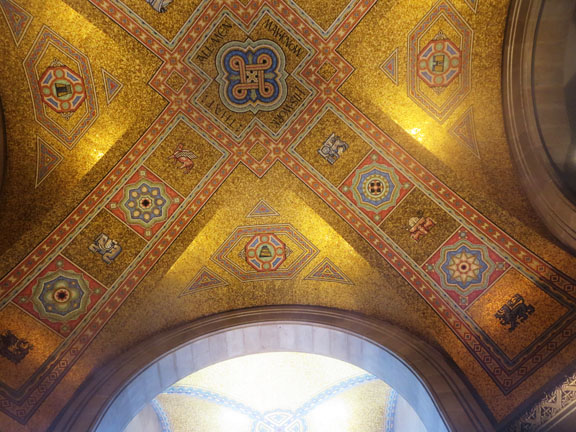 The restoration was made possible by The W. Garfield Weston Foundation & the Government of Ontario. It’s part of the Museum’s ‘Welcome Project’ and immediately became popular with the public. 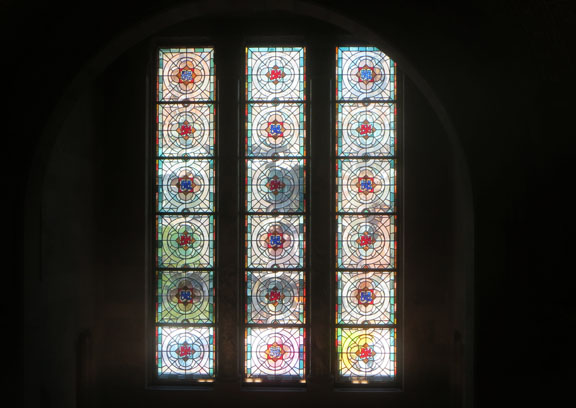 The stained glass windows were originally installed in 1933.  Upcoming plans for the ROM – a performance terrace, a new plaza, and additional landscape design elements. 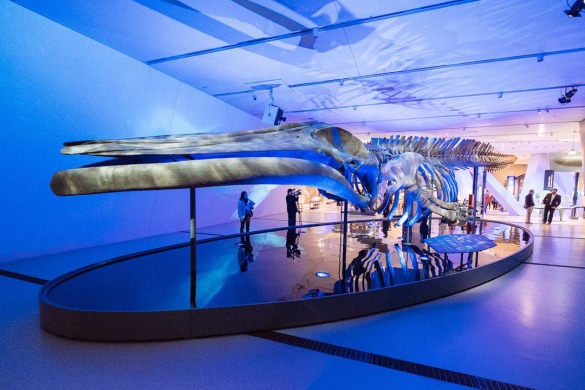 This summer’s really big show at TORONTO’s Royal Ontario Museum has now closed. It will soon head out on a cross-country tour. 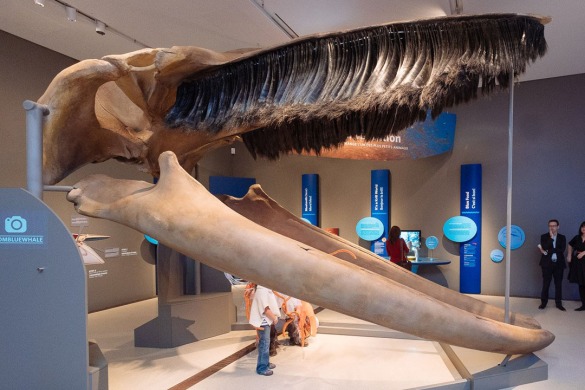 <PHOTOS – Tanja Tiziana>. The museum hasn’t confirmed travel plans, but it will probably go to three or four Canadian venues – and maybe internationally – before being installed permanently in TORONTO at the ROM. 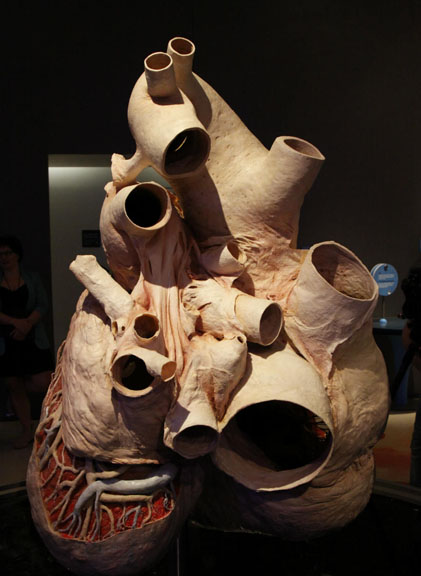 The Blue Whale’s gigantic heart. The female whale washed ashore in Trout River, Newfoundland in 2014, bloated with gas and threatening to explode. Turning the 90-tonne whale into an exhibit was a gargantuan task, taking almost three years. A second blue whale, which washed ashore in Rocky Harbour, Nfld., will eventually be on display at Memorial University in St. John’s. 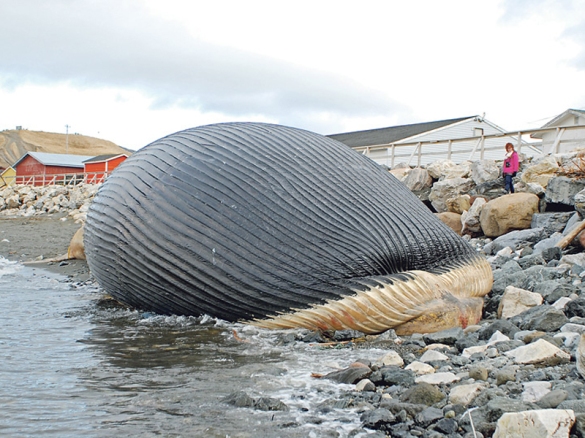 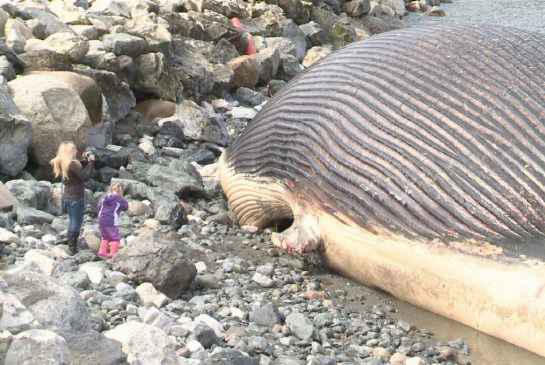 A dead blue whale was washed ashore at TROUT RIVER, Newfoundland this past week. The locals were understandably alarmed that this mammoth creature – the world’s largest mammal – could explode, become a danger to public health, or at least lie there reeking in the noonday sun. <PHOTOS ABOVE – NTV Television, Newfoundland> 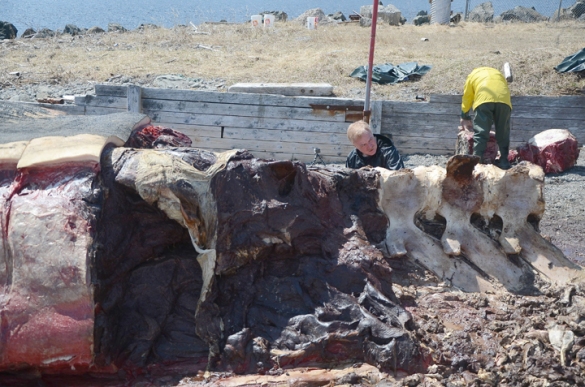 TORONTO’s Royal Ontario Museum saw a rare opportunity, and after negotiating with the federal Department of Fisheries and Oceans, dispatched a team to the east coast. Not surprisingly MARK ENGSTROM, deputy director of collections and research, has plans for an upcoming whale exhibition at the ROM – Canada’s largest museum.  This blue whale measures 23 metres from nose to tail, and weighs about 100 tonnes. Some are even bigger – 30 metres in length and upwards of 180 tonnes. They are an endangered species, and this winter nine died off the coast of Newfoundland after encounters with icebergs.  For the onsite museum team disassembling a blue whale is dirty, nauseating work. But – somebody has to do it.  The skeleton will eventually be loaded on a truck and driven to TORONTO. <PHOTO ABOVE – Kate Allen/Toronto Star> 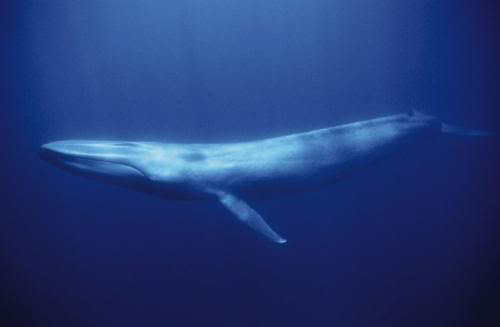