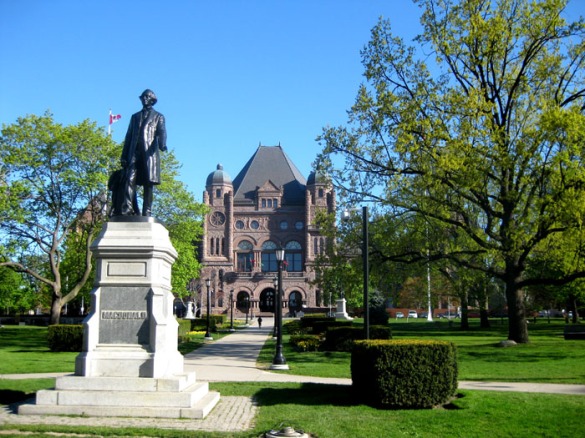 Once upon a time the site of today’s Ontario’s Legislative Assembly building, QUEEN’S PARK, was home to King’s College, which was founded during the reign of George IV.  After the College relocated, its old building was converted into the University Asylum for the Insane, which remained there for 30 years.

In 1888-89, the Asylum was demolished, and that’s when the Legislative Assembly building came into being.  Officially opened in 1893, Queen’s Park was named in honour of Queen Victoria.  The ‘pink palace’, as it’s known locally, is surrounded by greenery, and at the rear is one of the city’s most beautiful parks.  Off to the side – the University of Toronto’s St. George campus.

FREE TOURS: year ‘round on weekdays from 9am to 4:30pm until Victoria Day.  During the summer, free self-conducted tours (with audioguide) are offered, from 9am to 4:30pm, seven days a week.  For more information, check the website: http://www.ontla.on.ca/web/home.do 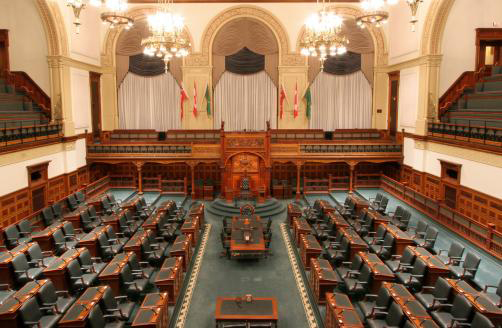