<Some of my favourite pictures seem to have rain involved.> 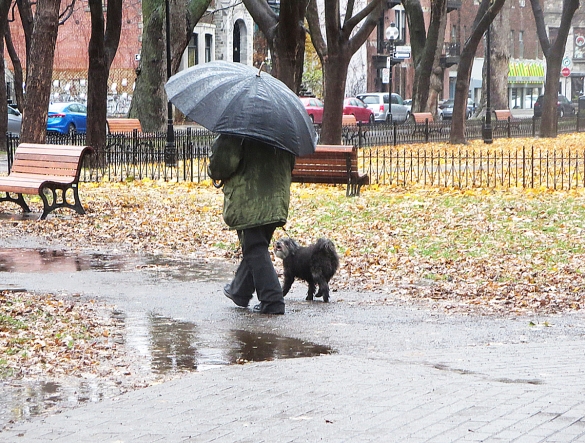 The minister responsible, Simon Jolin-Barette <shown above with an applauding Premier Legault; photo – Jacques Boissinot / Canadian Press> said he expects groups threatening not to respect the new law of the land, will eventually conform. “I am convinced that people targeted by the bill, will respect the law.”

Bill 21 would prohibit any public worker (teachers, judges, police officers, etc.) in a position of authority, including new public school teachers, from wearing religious symbols, including hijabs. The Immigration Minister said all religious symbols — regardless of the size of the object — would be prohibited. A religious tattoo or a hairdo, such as Rastafarian dreadlocks, are not considered religious symbols, he said.

MONTREAL Mayor Valérie Plante is concerned. Neighbouring ONTARIO has no such law.