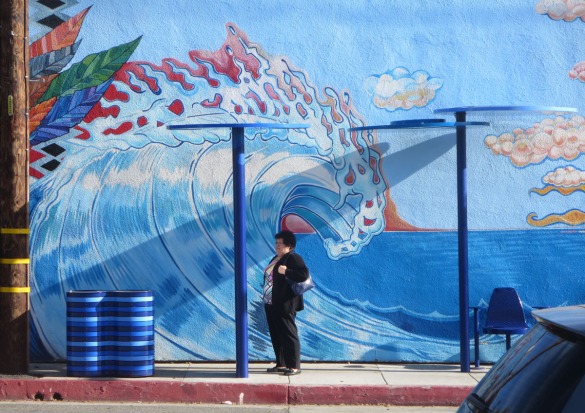 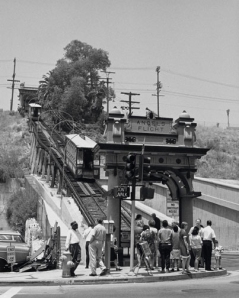 LOS ANGELES is a big city filled with big attractions and more than its share of big people doing big things.  But for me – the little things matter more.  Here are three of my favourites.  ANGEL’S FLIGHT <PHOTO ABOVE, 1969, by photographer JULIUS SHULMAN> is an electric cable railway which runs from Downtown LA to the top of Bunker Hill.  The ride takes about 2 minutes and costs 50 cents each way.  If you like, climb up the Hill via a stairway of 123 steps and 10 ramps.  During the Great Depression, Bunker Hill was home to many poor families who lived in once-elegant Victorian mansions – then degenerated into boarding houses – overlooking the city.  Today, it’s the Financial District. 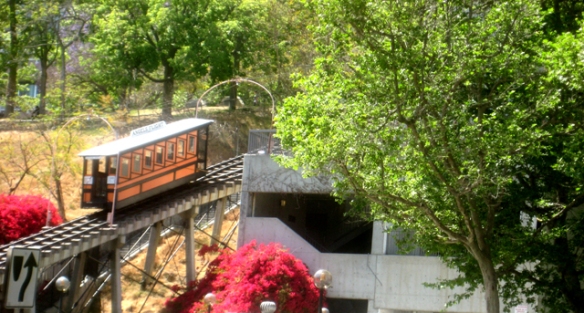 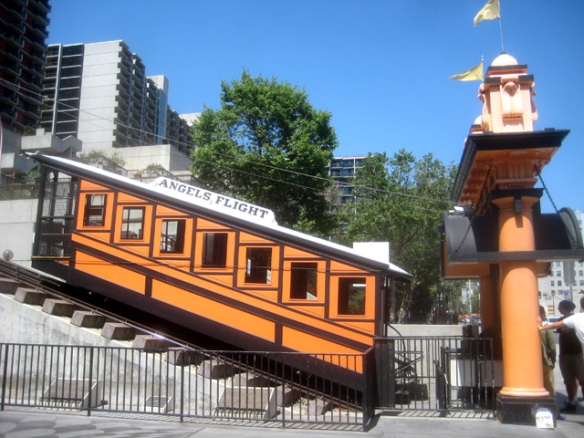 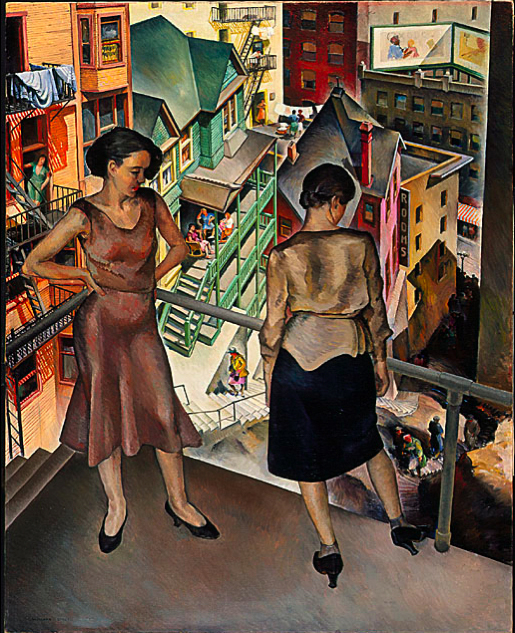 MILLARD SHEETS, a California painter, was fascinated by the Bunker Hill neighbourhood.  Two of his paintings, ‘Angel’s Flight, 1931’, and ‘Tenement Flats, 1933-34’ are shown below. 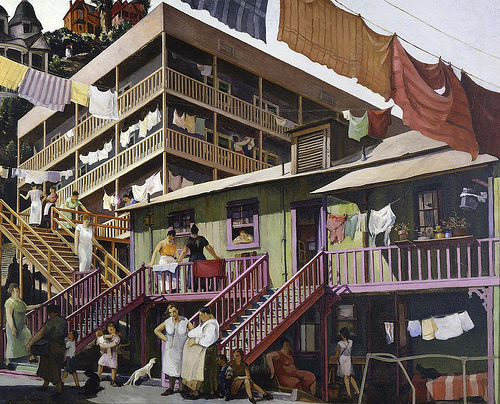 Another little attraction in LA is located at 709 LaBrea Boulevard.  This is PINK’S HOT DOG STAND, founded by Paul Pink.  It began as a hot dog wagon in 1939, was upgraded in 1946 – and ever since has drawn lineups of locals and tourists until the wee hours. 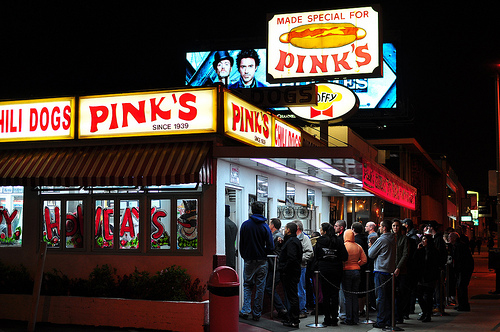 The world famous HOLLYWOOD SIGN isn’t the original, built for $21,000, and demolished.  Today’s steel-lettered sign was erected in 1978.  The original had a notorious past, when former Broadway star PEG ENTWHISTLE (photo below), climbed up, and jumped to her death from the letter ‘H’ in 1932.  Her parting words in a suicide note: “I am afraid, I am a coward. I am sorry for everything. If I had done this a long time ago, it would have saved a lot of pain. P.E.” 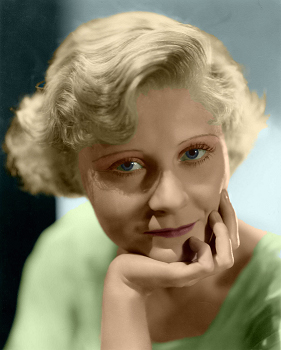