TORONTO’s population in the 1880’s was about 100,000, and the city fathers believed it was time to erect a public building that stood out from all the others. They hired E.J. Lennox, a local architect, to create a $200,000 court house, which soon expanded to a $1.5-million courthouse and city hall. The good fathers were shocked. 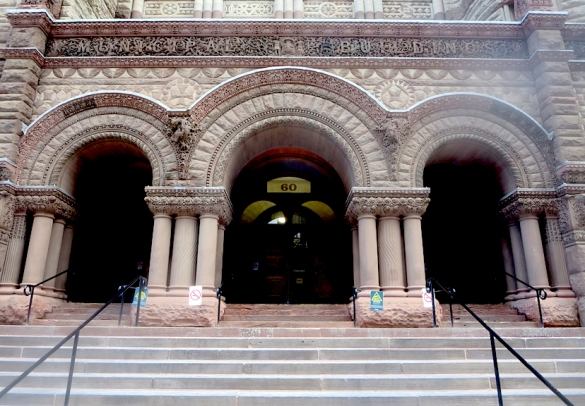 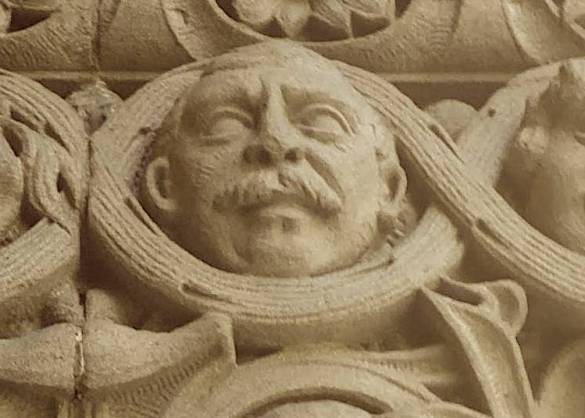 Lennox also managed to leave his marks on the building – his engraved smiling face for one, and a string of letters spelling out E.J. Lennox Architect along all four sides of the structure. 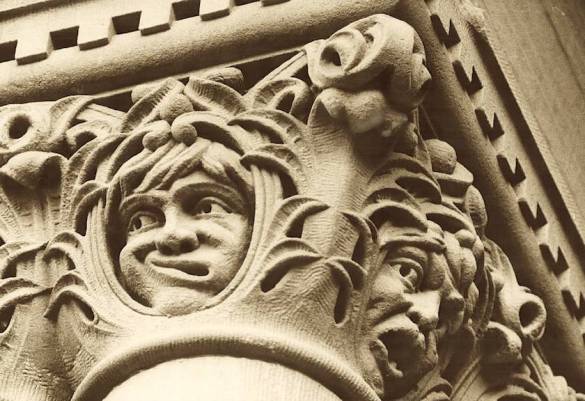 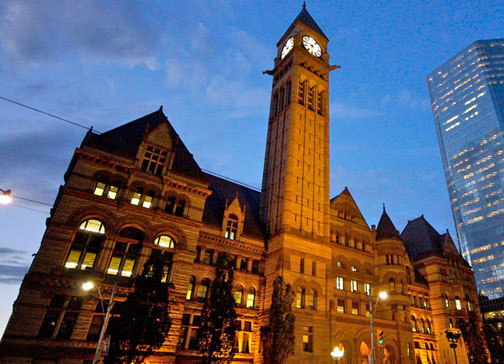 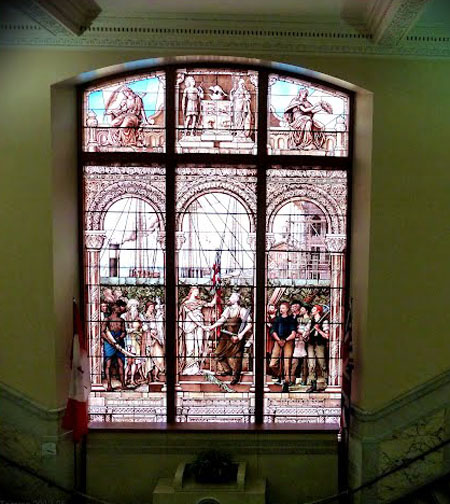 The building, which opened in 1899, was a sandstone creation by architect E. J. Lennox.  He designed several other important buildings around TORONTO.  From its clock tower chimes, scowling garygoyles, oak doors, mosaic floors, stone arcades, to murals by GEORGE AGNEW REID, the ‘Union of Commerce and Industry’ by stained-glass artist ROBERT McCAUSLAND, and multiple court rooms, it’s a structure with a glorious past and a colourful present. 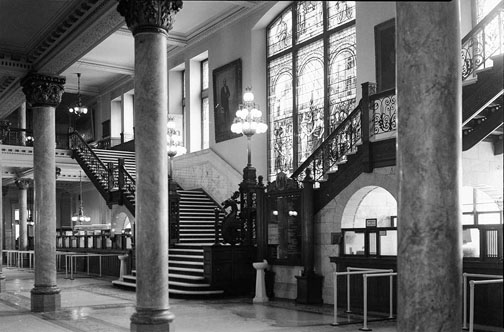 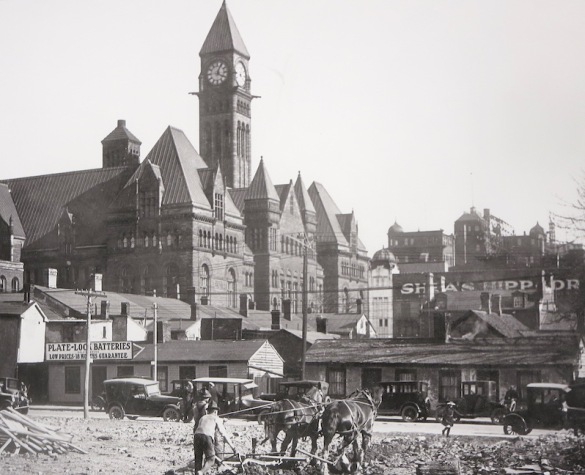