It’s all there if you can afford the rent. This mixed-use complex on a prime piece of land in the downtown core connects with the subway, as well as eight cinemas, a very large book shop, an LCBO liquor store, a super market, a gym, the new Eataly food emporium, Bay/Bloor Radio, Birks jewelers, and a bank amongst other things. 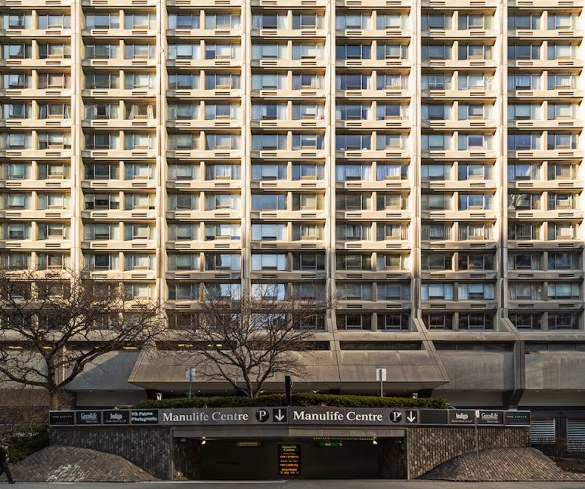 The building also connects with a sparkling new underground tunnel system, lined with shops of all descriptions, including upscale Holt Renfrew. 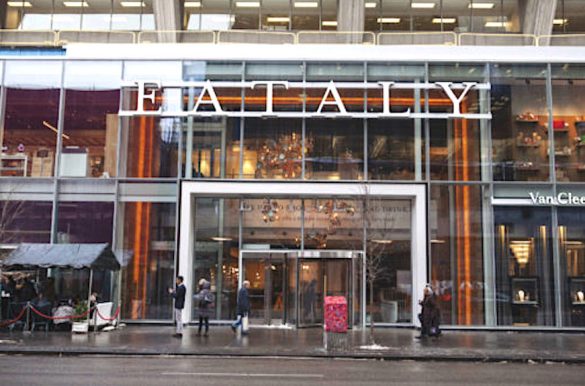 The Manulife Centre was built in the 1970’s. It was designed by the TORONTO architecture firm Lifford and Lawrie, and is now in the process of being updated. 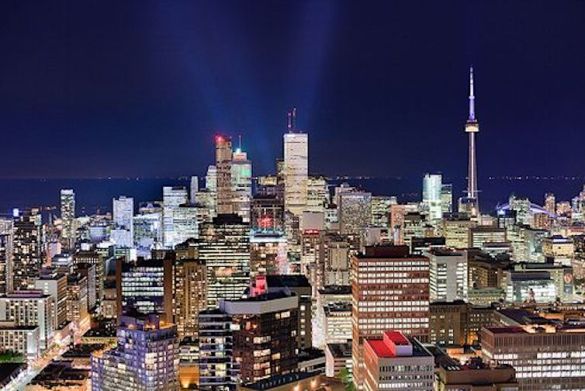 <PHOTO – view from the top of the Manulife Centre>