LUIS JACOB, who lives and works in Parkdale, has added glitz to the West End with his shimmering mosaic “Spirits of the Grotto”.  The “grotto” in this case is the Dufferin Underpass, connecting Dufferin to Queen Street West.  Depicted are the eyes of an owl, a snake, pairs of disco balls and coins – referencing the Parkdale neighbourhood you’re passing through. 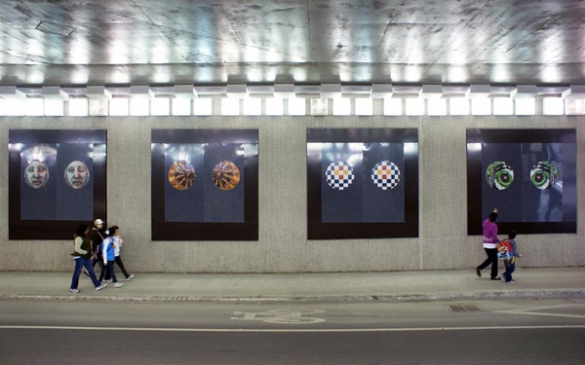 LUIS JACOB: “I worked with two amazing teams of people, one in Montreal and the other in Toronto.  The metalwork was done by the folks at Punchclock Studio, on Sorauren Avenue, (who also did the photos).  They developed a totally ingenious design for the metal structure.  In Montreal I worked with the folks at Mosaika, who produced the beautiful glasswork.  I was honoured to work with such dedicated pros!” 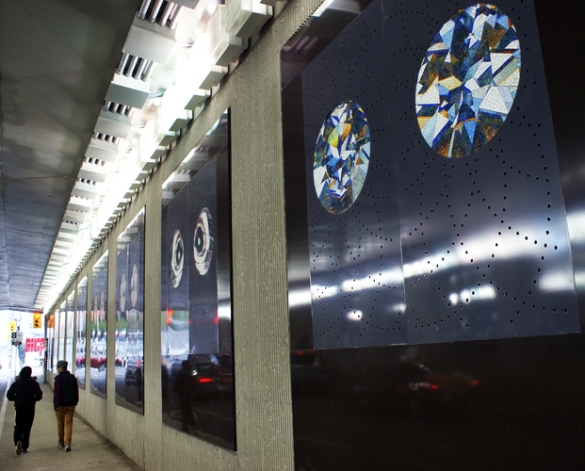 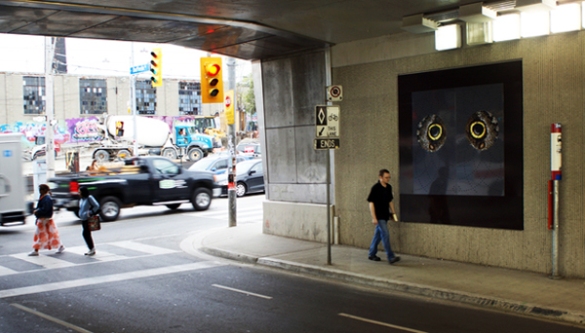