Where Lake Ontario meets the St. Lawrence River, at the mouth of the Cataraqui River, and the south end of the Rideau Canal sits KINGSTON, population 124,000. For its size, this city contains a wealth of Canadian history, art, architecture and public institutions. 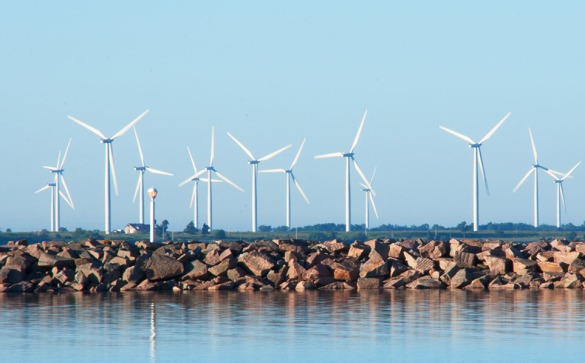 KINGSTON was named the first capital of the Province of Canada on February 10, 1841, was home to Canada’s first Prime Minister (Sir John A. MacDonald), and of the Royal Military College, Fort Henry and Queens University – one of Canada’s oldest. 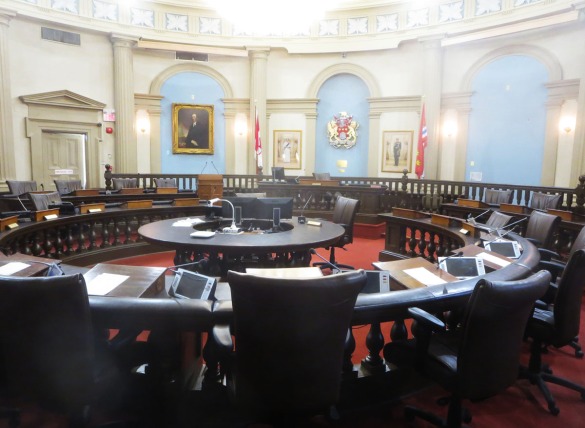 Bellevue – the home of Canada’s first Prime Minister (Sir John A. MacDonald) and his family from 1848-49.  Tours available.

As it’s always been, Saturday is market day behind City Hall 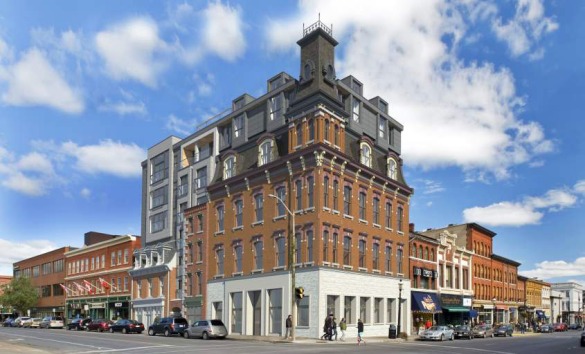 KINGSTON is well known for its architecture.  This building complex, The Kensington, incorporates Victorian-era buildings with a multi-level modern structure.  It’s wonderful to look at – but Prince Charles would no doubt have a fit.  Driving to KINGSTON from TORONTO – take the 401 east and three hours later you’re there. Exit Division Street.