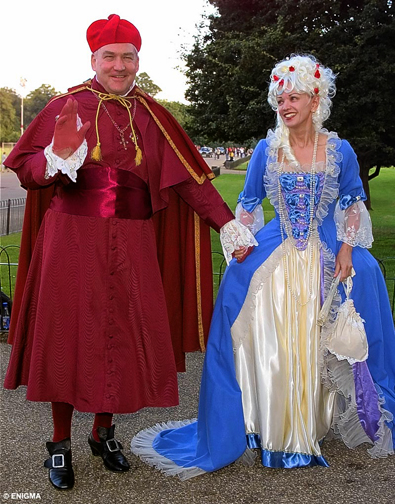 CONRAD BLACK, aka Lord Black of Crossharbour, will soon be appearing in living rooms across the country.  He’ll be the host of a weekly television news magazine, “The Zoomer – Television for Boomers With Zip” on VisionTV.  “It’s a bit of a marquee show for them and I will have a lot of people that I know in this and other countries who are fairly prominent who will be happy to be interviewed.  We should make it moderately interesting.”   Lord Black himself is more than moderately interesting.  He’s founder of the National Post, former CEO of Hollinger International, a member of the British House of Lords, and a recently released resident of a US penal institution.  <PHOTO ABOVE – Lord Black and his wife, newspaper columnist Barbara Amiel>