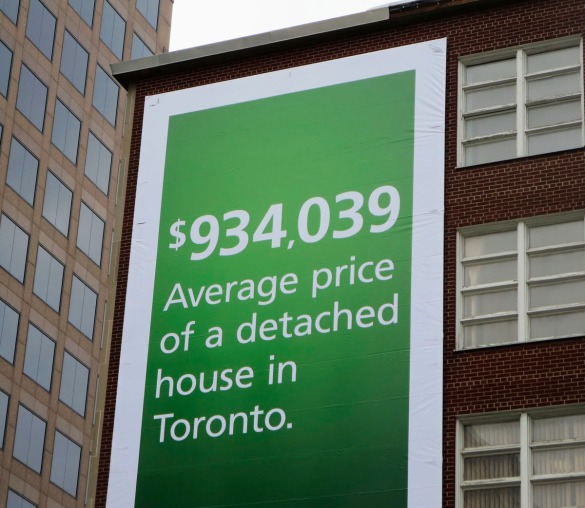 Realtors can’t keep up with demand despite the Arctic Vortex. In April/2014 the average sale price for a detached house within TORONTO briefly touched the $1-million mark. Then it sank to $965,670.  According to the Toronto Real Estate Board (TREB) February/2015 sales within the 416 area code have now passed the $1-million mark. Demand remains high for some detached houses (or tear downs) with short commutes or inside city limits.  Further out, it’s less expensive. 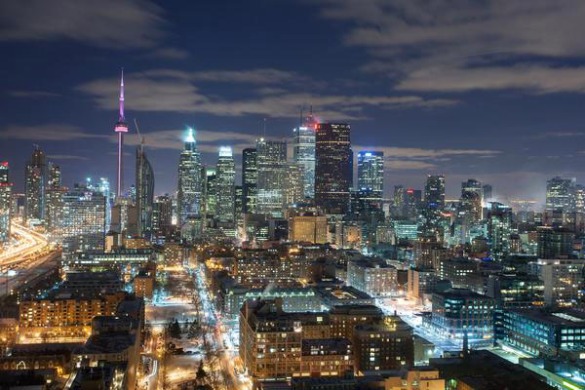 Condominium sales also went up – 10% year over year – while prices remained relatively steady despite an escalating increase in supply. The average price for a condo in the 416 in February was $369,655 and in the 905 outer suburbs $322,055, narrowing the gap between suburbs and downtown. <PHOTO ABOVE – Brandon Tarek> 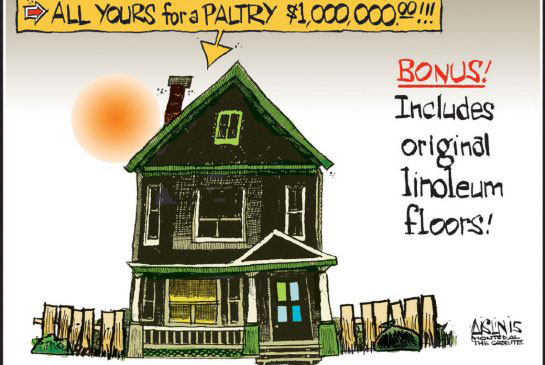