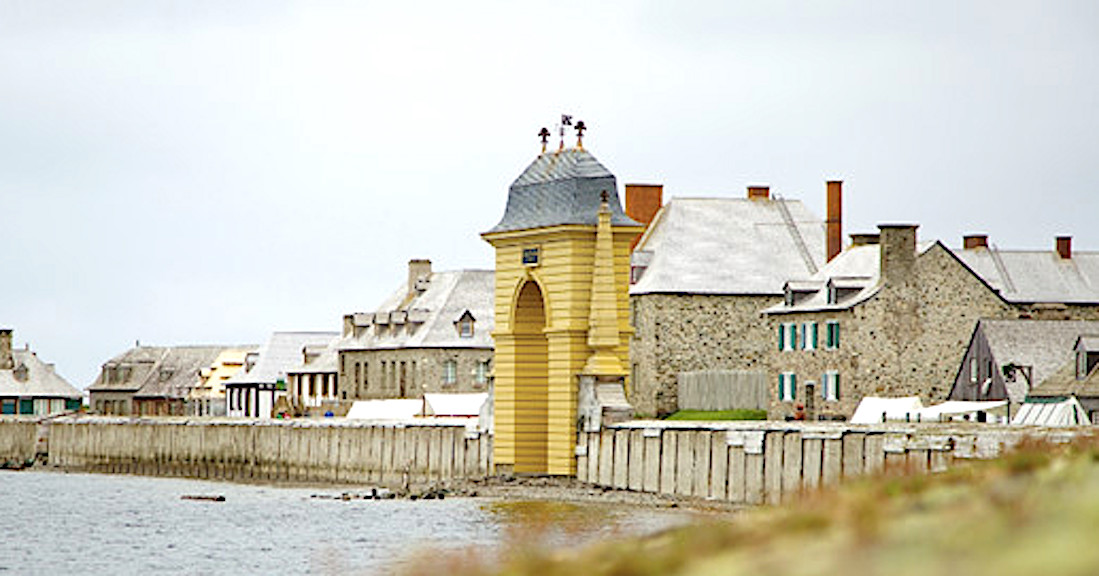 The Fortress of Louisbourg was established by French colonialists in 1713 on Cape Breton Island, Nova Scotia. <Photo above by The Weather Network> A major shipping port, with a town population of several thousand, the Fortress was dismantled by the British in 1760, and named a National Historic Site in 1920.

During Prime Minister Pierre Elliot Trudeau’s time in office funds were provided to renovate the Fortress, and since then it’s become one of the province’s top tourist destinations.

Unfortunately Nova Scotia is now facing a threat from rising sea levels due to climate change.  Powerful waves have stripped wood from the site’s exterior and flooding is occurring more frequently. In November/2018, a large storm surge coupled with a high tide breached the Quay Wall. That’s the possible challenge Nova Scotia has today.  <Photo above by Ian Harte/Parks Canada>