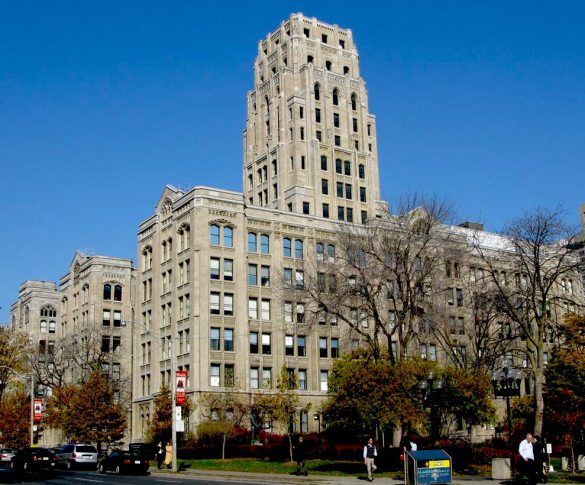 I’ve admired it often, but had no idea it was empty and possibly haunted.  The Whitney Block and its tower are located within Queens Park, between Bay Street and the University of Toronto, close to Ontario’s Parliament.

Util lately very few people knew the tower was abandoned some time in the 1960’s. It was designed by architect Francis Heakes who died in September 1930 before the building was completed. His ghost is said to haunt the tower. Since 1968 it hasn’t been inhabited. There is only one staircase, which makes it unsafe in the event of fire or any emergency evacuation. There is no mechanical ventilation system, meaning windows had to be opened to get fresh air. 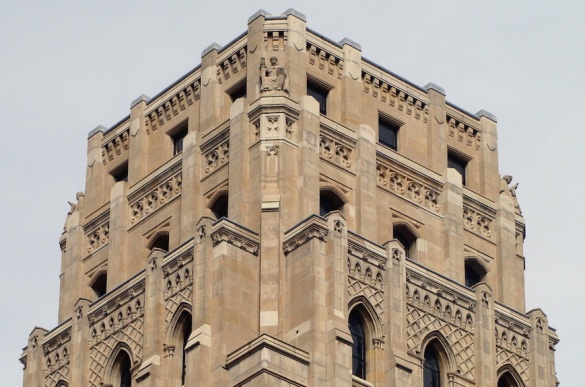 The limestone cladding came from Queenston; interior limestone from Shelburne; marble for the floors from Bancroft and granite from Coe Hill, all in Ontario, except for some marble imported from Indiana. A downtown work of art for sure, and it’s empty.