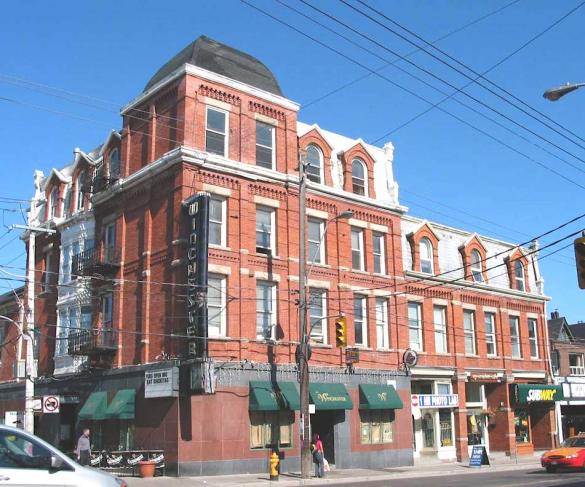 But they survived in only one hour, thanks to Toronto’s fire fighters. There were damages, but no injuries at the site, and this was a reminder of Cabbagetown’s wealth when it comes to historic buildings, culture, and the stories of people who once lived there – and many who still do. 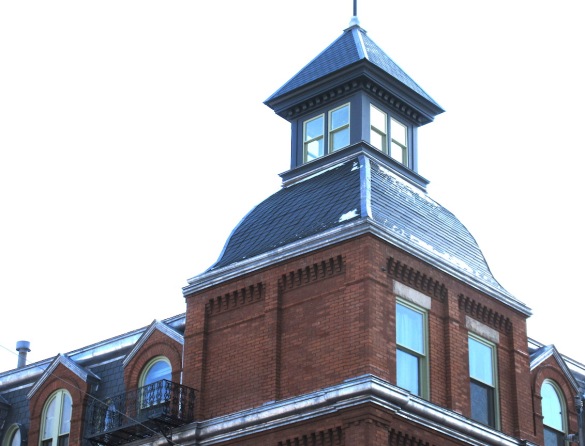 These days the Winchester has become a treasure.  There are many heritage buildings along Parliament and within the neighbourhood. The Winchester stands out – a giant among emerging businesses – and after several months of rebuilding, it’s become first rate – complete with a modern ‘dome’ on top.

<Above – the original Winchester Hotel, named The Lake View, built in 1880.  The Winchester Hotel and the adjoining Winchester Hall, were constructed in 1888 by the noted architectural firm of Kennedy and Holland. Those structures are both still standing. In 1941, architect Benjamin Swartz oversaw alterations to the site, including the Art Moderne interior.>