A former student in Film Studies at York University, JAMES FOWLER searched and found an original way to present urban landscapes in Canada, the United States and Europe. In 2019, 82% of the total population of Canada lived in cities. We don’t all live in the wide-open spaces any more. <Photo above from ‘Beautiful Amazing Mindful Troublemakers’ on CBC Arts, 2017>

<Looking down on Toronto’s geometric conurbation in living colour is fascinating. This painting begins at the Harbour, passes under the Gardiner Expressway, then through the Financial District, and immerses itself in packed housing further up north.> 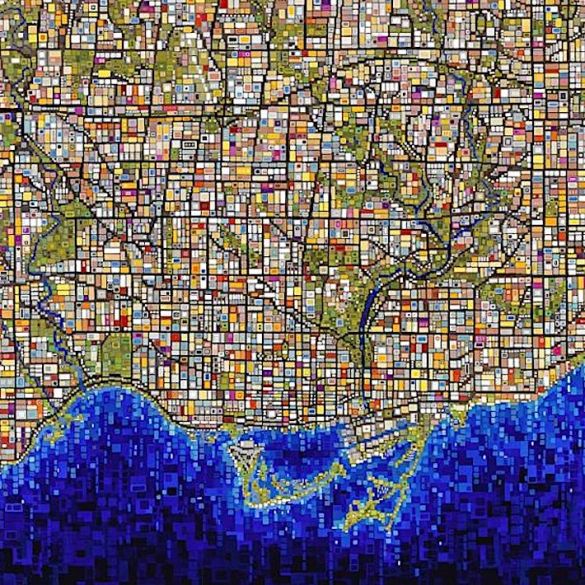 <Toronto again, only this time in summer. This is Canada’s largest city, GTA population about 6-million; city 3-million. To escape the heat in summer there are ferries connecting the lakefront with the Islands.>

<Montreal is Canada’s second largest city, with a population of about three million. It has many steep hills, a famous mountain, outstanding architecture, the river, an island and some serious bridges.> 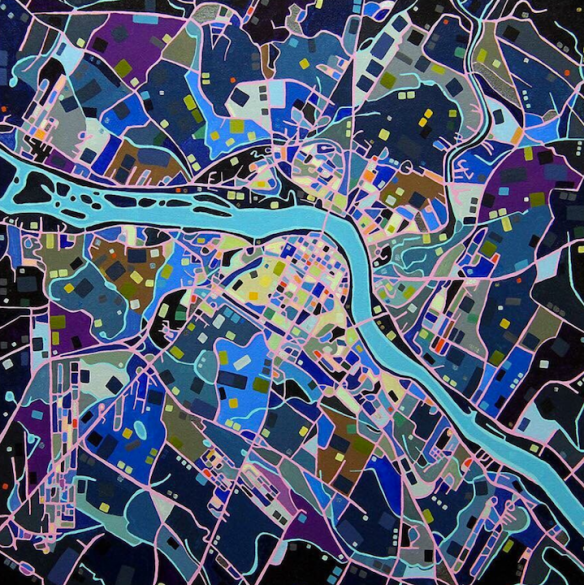 <Fredericton is New Brunswick’s capital.  It occupies both sides of the Saint John River – which is occasionally known to flood. Population – about 60,000> 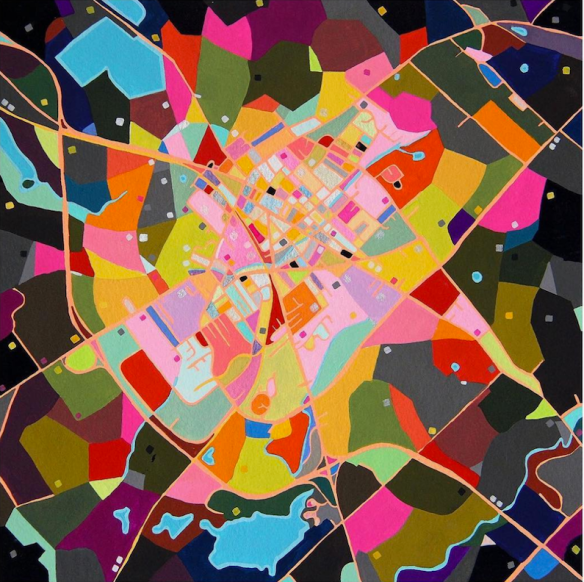 <Amherst, northern Nova Scotia – the place where I was born and grew up. The bright colours are inspired by summer festivals, happiness, travel and fun. Population about 12,000>