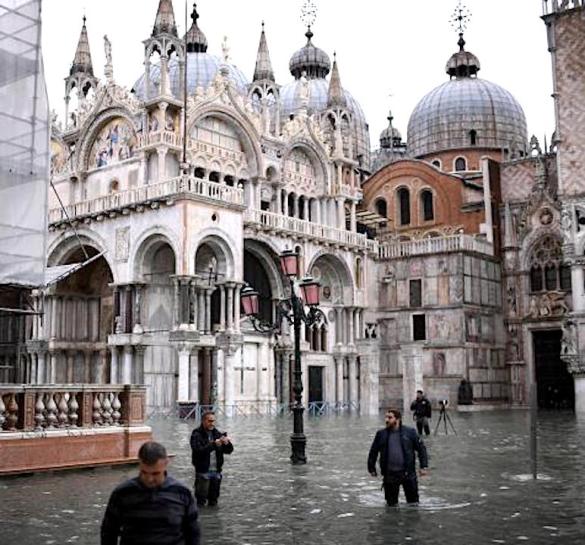 <NATIONAL GEOGRAPHIC & GETTY IMAGES> VENICE is a city that’s been sinking almost from the time it was built. It’s been named aqua alta, or high water, with good reason especially in November and December when seasonal winds drive strong tides up canals, through drains, and into the streets.  Second only to 1966 when high tides reached levels of 6 feet, and in 2019 three-quarters of this one-of-a-kind city was submerged by powerful storms. 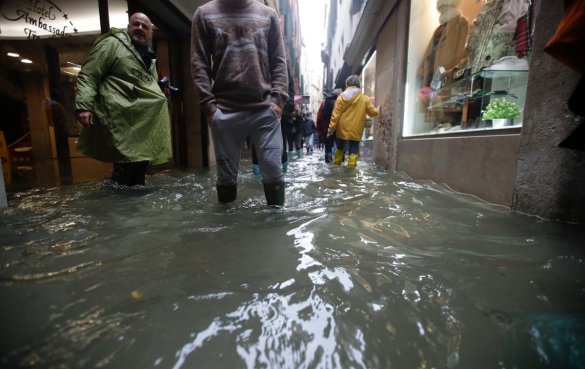 <ABOVE – Wading through the flood waters – REUTERS>. Venetian leaders have been working on a plan since 2013 to save Venice. (MOSE MOdulo Sperimentale Elettromeccanico), the project, is a system of mobile gates meant to protect the city and lagoon from extreme tides. The gates were supposed to be finished by 2011, but some officials are predicting they won’t be done for another three years. Unfortunately, Mother Nature won’t wait. 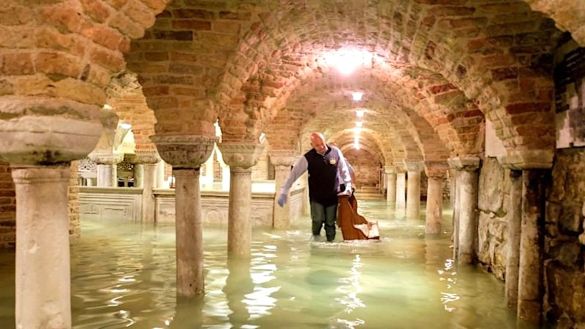 <ABOVE – St. Mark’s Basilica flooded for the sixth time in 1,200 years, REUTERS> 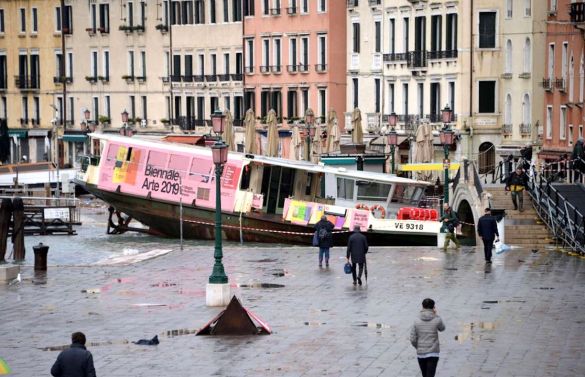 <ABOVE – November 2019, a tipped boat. This year, 2020, three water buses sank, but tourists kept up their sightseeing as best they could. – REUTERS>