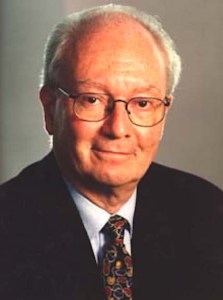 JOHN ALLAN SLAIGHT is a well-known Canadian broadcasting rock-and-roll pioneer. Along with owning Toronto’s CHUM radio, he was president of Global Television, president of Slaight Communications, president and CEO of Standard Broadcasting, Canada’s largest privately owned multi-media company. Without a doubt, he was a radio and television success.

The Slaight Family Foundation has donated $10-million to the rehabilitation of MASSEY HALL, Canada’s oldest concert hall – on Shuter Street in TORONTO.

GARY SLAIGHT, President and CEO of Slaight Communications said “Our family is pleased to know that our father’s legacy will be celebrated in this storied hall where so much musical history has been made and that our donation will have a powerful impact on the future of music in Canada.” . . . Massey Hall’s Auditorium and Stage will be named in Allan’s honour.

<ABOVE – the former CHUM radio headquarters on Yonge Street, before moving further downtown.  1050 CHUM was ‘where it was at’.>