Once a down-at-the-heels, tagged movie house, the art deco Paradise, 1006 Bloor Street West, is now a shiny new self.

Foodies will soon be patronizing the Bar Biltmore, and the Osteria Rialto, coming early this year. Concessions from the in-seat only menu is now available, but this will expand to hot items in 2020.

The Paradise, after a top-to-bottom renovation, screens a mixture of newly released films, the classics, and themed series – along with talks, multi-arts events, and comedy.

The newly endowed Iranian Student Memorial Fund honours the memory of those who died in the crash of Ukraine International Airlines flight PS752 in Tehran. Six students from the University of Toronto were among 57 Canadians who died – along with another 119 on the manifest.

(Photo by Nick Iwanyshyn)  President Meric Gertler said “The University of Toronto continues to mourn the heartbreaking loss of so many members of our community, and to offer our sympathy and support to their families, friends, classmates and professors.”

THE PROVINCE OF ONTARIO is dispersing$10,000 scholarships in memory of each of the 57 Canadian victims. Criteria for the scholarships will be based on academic merit and financial need, and recipients will be determined in consultation with the schools and families of the victims. – <IMAGES – U of T Magazine> 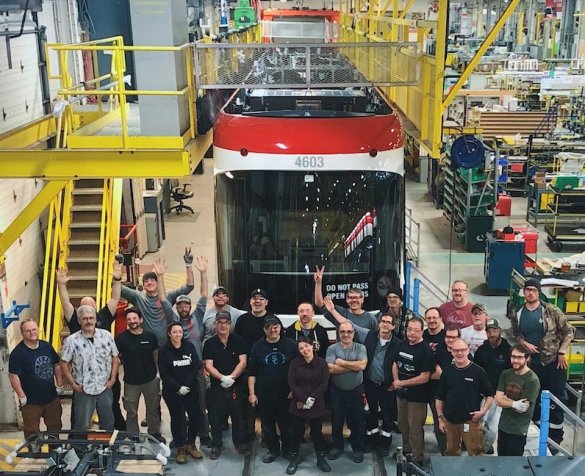 The last of 204 new streetcars ordered by TORONTO – #4603 – will soon be arriving in the city.  The push to build all of these cars has been long and frustrating, but now that seems to be behind us.  Way to go Bombardier and its Thunder Bay crew!

They once had plans to turn Toronto’s old honky tonk into a parking lot, but now it will be replaced by condominiums. Owners of the storied Matador Club, 466 Dovercourt Road, made every attempt to make it rise again, but that won’t happen. “Blame for its death lies squarely with city hall,” writes Marcus Gee in the Globe and Mail.  Millions of dollars have been spent fixing it up, but soon a demolition crew will knock it down.

<PHOTO – R. Jeanette Martin/NOW magazine>  This after-hours club, known locally as a “booze can”, was a go-to late night destination for musicians of all stripes including Johnny Cash, Loretta Lynn, Joni Mitchell, Stompin’ Tom Connors and Leonard Cohen.  Catherine O’Hara and Indiana Jones (aka Harrison Ford) paid a visit, as well as garden variety locals who wanted to stay up late, have a few drinks, do some dancin’ and party. There was live music every Friday and Saturday night from 1:30 until 5:30 am.

k.d. lang’s official video for “Turn Me Around” (1987) features the Matador sign and street frontage as well as long shots of the stage and its dusty cowboy boots.  That’s k.d. in the photo above. 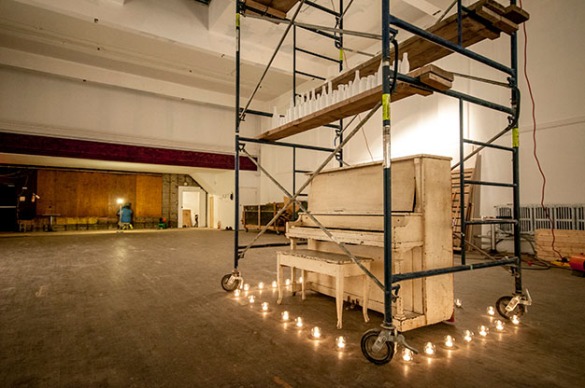 Founded in 1964 by ANN DUNN, the after-hours dance venue was shut down in 2007 and it’s never re-opened.

Leonard Cohen’s 1992 music video “Closing Time” was – in a way – a love song to The Club Matador.
Ah we’re drinking and we’re dancing
and the band is really happening
and the Johnny Walker wisdom running high
And my very sweet companion
she’s the Angel of Compassion
she’s rubbing half the world against her thigh
And every drinker every dancer
lifts a happy face to thank her
the fiddler fiddles something so sublime
all the women tear their blouses off
and the men they dance on the polka-dots
and it’s partner found, it’s partner lost
and it’s hell to pay when the fiddler stops:
it’s CLOSING TIME

Yeah the women tear their blouses off
and the men they dance on the polka-dots
and it’s partner found, it’s partner lost
and it’s hell to pay when the fiddler stops:
it’s CLOSING TIME

Ah we’re lonely, we’re romantic
and the cider’s laced with acid
and the Holy Spirit’s crying, “Where’s the beef?”
And the moon is swimming naked
and the summer night is fragrant
with a mighty expectation of relief
So we struggle and we stagger
down the snakes and up the ladder
to the tower where the blessed hours chime
and I swear it happened just like this:
a sigh, a cry, a hungry kiss
the Gates of Love they budged an inch
I can’t say much has happened since
but CLOSING TIME

<ABOVE – the stars of ‘Schitt’s Creek’ clockwise from the left – Annie Murphy, Eugene Levy, Catherine O’Hara, and in the foreground Daniel Levy, writer, producer and actor. – front page of the Arts & Leisure section.>

LARA ZARUM writes “Schitt’s Creek” premiered in 2015 on CBC television in Canada and Pop TV in America, but it wasn’t until it landed on Netflix in 2017 that American viewers began to catch on.  Sweet but never saccharine, the show has tracked the evolution of the Roses — who arrived in Schitt’s Creek full of disdain, with nothing but the couture on their backs — as they’ve been absorbed into the tiny town in the boonies.  Even though “Schitt’s Creek” is wrapping up just as it has achieved something like mainstream success, the stars and creators remain convinced that it’s the right time to say goodbye.” 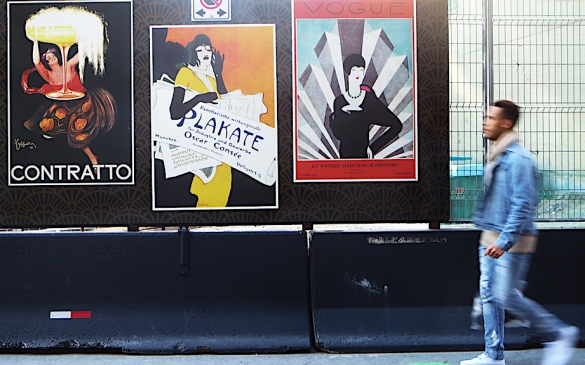 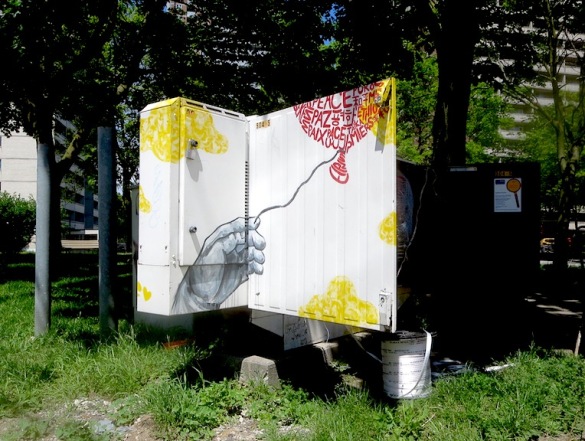 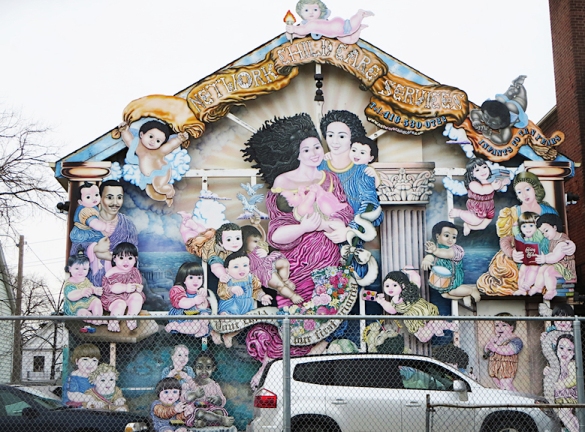 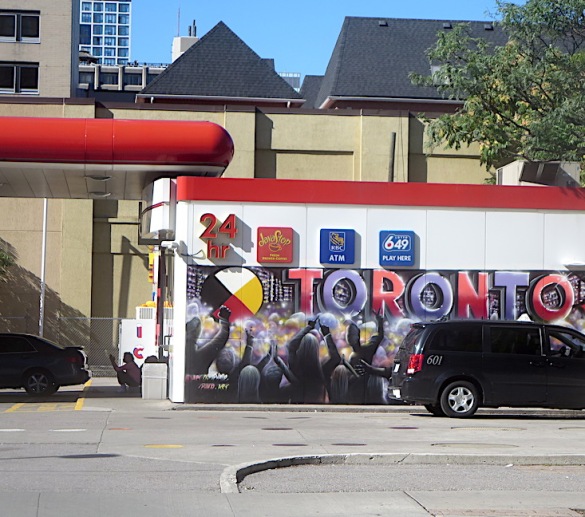 IBBY (the International Board on Books) is one of many free collections within the TORONTO Public Library system. IBBY features over 4,000 multilingual reference books for young people with disabilities.

There are regular books in print and other formats such as Braille, sign language, picture communication symbols, tactile and simplified text, along with fiction about inclusion and ability awareness.

Now showing at the TD Gallery, within the TORONTO Reference Library, 789 Yonge Street, downtown ‘You, Me, Us’, features several excerpts from the IBBY Collection.

One sits on top of the other.  On the bottom – the resplendent ELGIN, and on top – the WINTER GARDEN, with its pastel lamps and leafy bowers.

These are the last remaining double-decker Edwardian-era theatres in the world. 189 Yonge Street, above Queen.<PHOTO ABOVE – The Elgin>

<PHOTO ABOVE – The Winter Garden>

This National Historic Site offers year-round tours – Thursdays at 5pm & Saturdays at 11am.  Adults $12; students and seniors $10. Cash only. No reservations required. 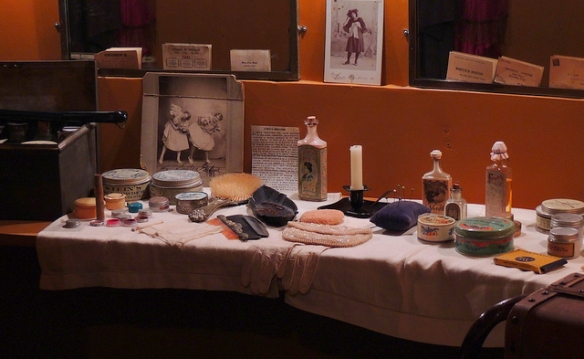 Since it first went to air in January/2015, this Canadian comedy series has rapidly built an audience in both Canada and the United States.  It’s been nominated for an Emmy, and the Screen Actors Guild Awards, Canadian Screen Awards & the Critics Choice Awards.

These days, we all need some laughter and ‘Schitt’s Creek’ certainly delivers it.  As Eugene Levy puts it – “We’re going out with a bang and really giving it our all.” 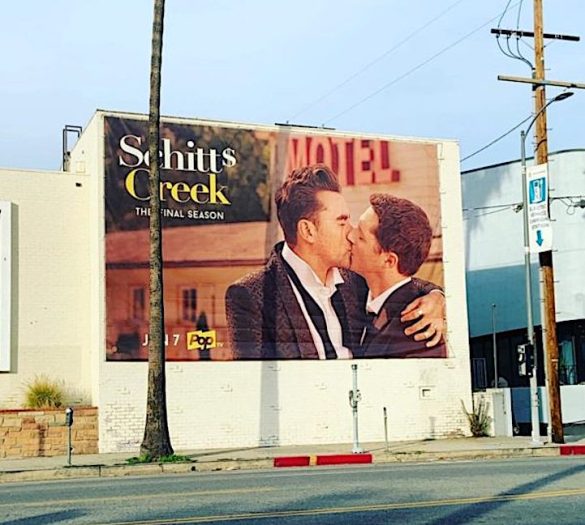 A farewell letter from Danuel and Eugene Levy – “To Our Dear Fans – We are very excited to announce that ‘Schitt’s Creek’ is coming back for a sixth season on CBC in Canada, and POP-TV in the US, beginning on January 7th/2020. We have decided that season six will be our last. We are so grateful to have been given the time and creative freedom to tell this story in its totality . . . We could never have dreamed that our fans would grow to love and care about these characters in the ways that you have.
Best wishes and warmest regards, DAN and EUGENE LEVY”  <PHOTO ABOVE – a Hollywood billboard advertising the show>

<Canadian firefighters and specialists have a photo taken on arrival at Brisbane, Queensland, December 31/2019>

<Dozens of firefighters from all Canadian provinces gathered in British Columbia for transport to Australia. They were deployed for 38 days.>