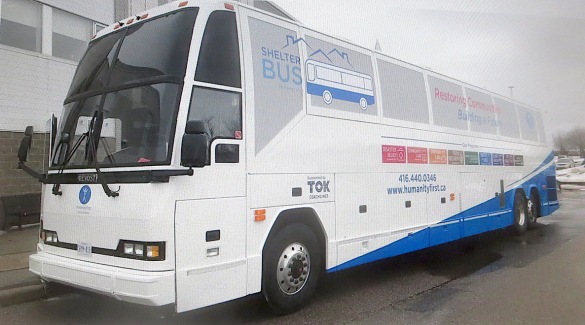 On average two homeless people die every week in TORONTO. With winter already here, life on the streets and homelessness have become serious human issues. The Humanity-First Shelter-Bus is a repurposed coach optimized to provide a safe and comfortable place to sleep overnight. It’s a climate-controlled shelter on wheels that includes 44 seats to be converted into 20 beds, a kitchenette, lounge space and a secure storage facility. It provides warm socks, tooth brushes and other necessities. A Shelter-Bus #2 is on the horizon.

For information on the Shelter-Bus project and how you can help, go to – https://shelterbus.ca/

MADELEINE CZIGLER, McLeans Magazine, October 28/1987 (edited) – “Opening for the next two weeks – an architectural celebration of TORONTO the Beautiful. Le Nouveau Nouveau Monde (The New New World), the first show about a foreign city in the spacious headquarters of the French Order of Architects.

The exhibit featured the Toronto-Dominion Centre and 18 other projects built since 1965, that have won rave reviews from French journalists and architects. Remi Lopez, president of the French Order praised TORONTO as “an exemplary showcase for the harmonious blending of the old with the new.”

<I Xeroxed a bunch of newspaper articles published in Le Monde,  and distributed them to my French class.> The influential Paris daily wrote that Toronto has integrated “comfort, urban scale and the mixture of functions. It’s a city ahead of its time.”

The show was organized by Toronto architects Ruth Cawker and George Baird, and urban planner George Kapelos, who said “There has been an explosion on all levels in Toronto.”  Up to then, Montreal was the city that the French public associated with Canada.

<PHOTO ABOVE – Toronto in the 1980’s>  With this show, French awareness of TORONTO architects had increased dramatically. Frédérique Boitard, for one, who studied urban planning and architecture at the University of Toronto, who was then developing the site of Europe’s first Disneyland outside Paris, said “There has been an explosion on all levels in Toronto. It’s time for me to visit the city again.”

As for TORONTO, tourism has been booming. In a report just released by Tourism Toronto and the Toronto Region Board of Trade, 27.5-million visitors generated $10.3-billion in economic activity in 2018. “This is a destination with visitors as diverse as the city itself,” said Scott Beck, president of Tourism Toronto. “The visitor economy is thriving.” Tourism accounted for 70,000 full-time jobs or about 4.6% of the city’s workforce in 2018.

Presently, the Toronto Transit Commission has all it can do to handle overstuffed subway trains, streetcars and buses. Imagine if the entire population could ride free-of-charge. 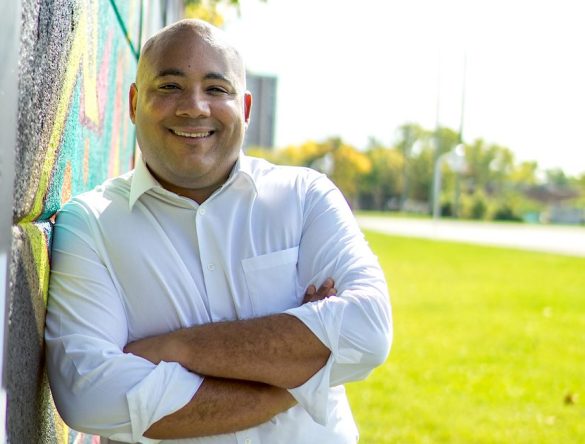 MICHAEL COTEAU, who’s hoping to become leader of the Ontario Liberal Party, says “It’s taking an issue like climate change, and looking for opportunities to improve transit.” This may very well be, but who’s going to pay for it? No details are forthcoming. 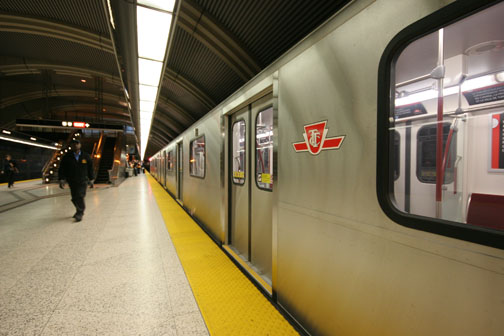 TORONTO Transit is expected to collect about $1.3-billion in fares this year. The money is used to operate Canada’s largest transit system. If that is tossed aside, what’s going to replace it?

Children under 13 already ride free on both the TTC and the GO suburban transit system.

And seniors do get a deal with Presto cards. Shelagh Pizey-Allen, executive director of TTCriders, a non-profit advocacy group, said she supports lower fares and believes transit should be free for lower-income residents. But “people who can afford a car won’t ditch it if their bus is infrequent and unreliable.” (or packed to the rafters). “You don’t have to change overnight,” says MPP Michael Coteau. 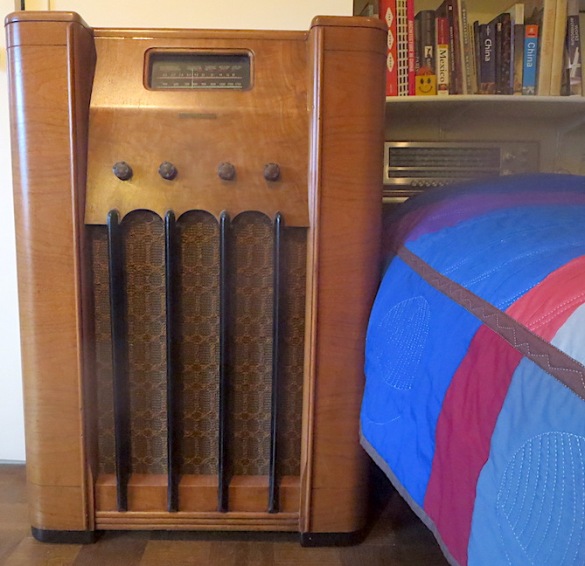 I grew up with AM radio, worked in it for some time, and love its ‘reach’.  <ABOVE – my grand mother’s Westinghouse, 1946, made in Hamilton, AM & Short Wave, stands beside my bed> Unlike FM, which is usually tied to its home market, AM’s signal can go almost anywhere, within reason.

<And this little guy by TIVOLI is in charge of the kitchen.  It’s on AM every night – while I’m washing dishes.>

Thanks to PETE BYERLEY for sampling AM stations right across the band. “TRIBUTE TO A CENTURY OF RADIO BROADCASTING” – https://www.youtube.com/watch?v=iKRZJ5uO2Mw&feature=youtu.be&fbclid=IwAR2XcSmV9-wBU1MkV0Pagtc_E9AIrXqIqw6-oLY5cdgsnoVm-OhbSwLirt4

It’s a portrait of DORA MAAR, signed and dated June 13, 1941, titled ‘Femme au Chapeau’. Predictions were it would be the star of the evening at the HEFFEL fall sale. And it was. The 24-by-15 inch canvas was sold on Wednesday evening, along with paintings by Emily Carr ($2.4-million) Joan Mitchell (over $1-million), a bronze sculpture by Barbara Hepworth and an oil painting by J. W. Morrice.

TOP – 200 King Street East, originally housed the Christie, Brown Company factory. It was acquired by the college in 1971. BOTTOM – ‘The George”, 50 Cooperage Street, is a student residence.

You can’t miss it. TORONTO street artist birdO has brought more colour and life to Yonge and St. Clair with a 10-storey mural in his signature surrealist style. This mural is one in a series of commissions from the StreetARToronto Monumental Program and is the latest step in revitalizing the neighbourhood, spearheaded by Slate Asset Management.  <PHOTO by Riley Snelling>

<PHOTO ABOVE – by Riley Snelling; BELOW – by Yonge & St. Clair>  Although his art has been commissioned around the world, birdO loves working in TORONTO because it allows him to live with his pieces longer. “As an artist, I’m not here to inundate you with visual clutter – my intention is to brighten street corners and make you scratch your head. I moved to TORONTO when I was 18 years old and the first place I landed was at Yonge and St. Clair. It’s a special moment in my career to return to the area and paint the largest mural I’ve ever done,” says birdO.

TORONTO has some wonderful winter sunsets, but I’ve never seen a sunrise quite like this one. Between 07:13 and 07:20 this morning my office was bathed in pink. Outside, rain and snow were in the forecast, but for those seven minutes the view inside was quite tropical.

<ABOVE – the pink sky from Uptown by BENITO, Urban Toronto.ca>  THEN IT FADED AWAY – another day began, and we were back to normal.