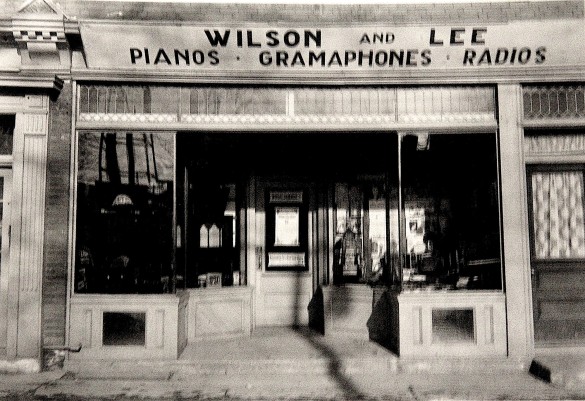 When Wilson and Lee first opened for business in OSHAWA, radio was barely a thing. The most popular car in the world was Ford’s Model T. And you needed a wind-up Victrolia to play fragile 78 RPM records.  If in 1922 you wanted to buy one of those records, you could go to Wilson and Lee’s record store to find them among the musical instruments.

Over the decades the firm survived depression, recessions, wars, technological changes (78s, LPs, 45s, 8-tracks, cassettes, CDs), and these days back to vinyl. It was an excellent run.

After 97 years in business, Wilson and Lee is about to close.  The property at 87 Simcoe Street North has been sold to the Holiday Inn and brothers Bill (who worked at the store for 67 years) & Dave (52 years) have decided to close up shop. It’s the end of an era.

<PHOTO – Bill on the left; Dave on the right – by Durham Region News>