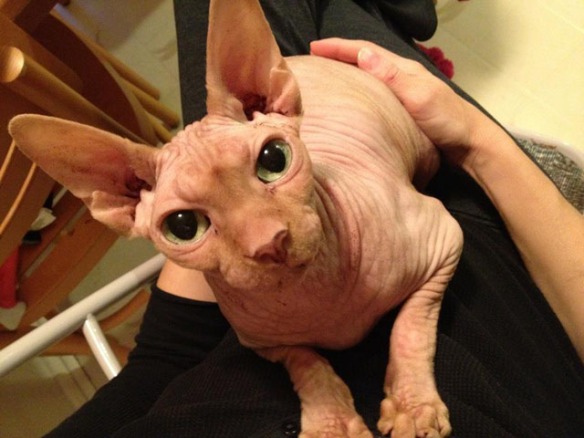 They’ve been called “the ugliest cats alive” because of their angular, elongated, mostly hairless bodies. But they’re friendly and suitable for cat lovers with hair allergies. The sphynx cat arrived in TORONTO’s Roncesvalles neighbourhood in the winter of 1966. Its mother, Elizabeth, delivered a wrinkled, hairless male kitten, later named ‘Prune’. A cat breeder turned Prune’s mutation into a new breed, which eventually became the famed Roncesvalles Cat. <PHOTOS by Holly Nellis> There’s much more to this story, and you’ll find it at – http://torontoist.com/2013/03/toronto-invents-the-sphynx-cat/

GRAEME MACKAY, a cartoonist with the Hamilton Spectator, came across an albino squirrel <ABOVE> near the Capitol building in WASHINGTON DC. He had never seen anything like it, and posted the photo on his Twitter site. 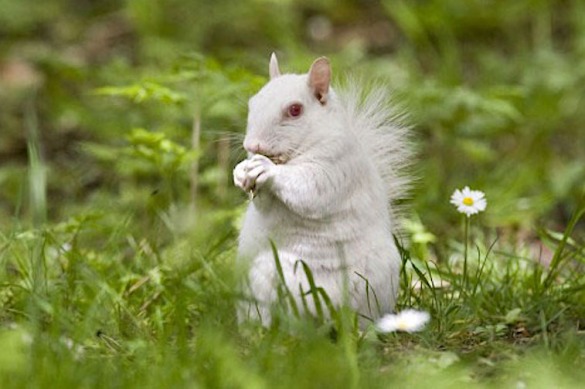 <PHOTO ABOVE – A Crawford Street albino, by John Phillips>
TORONTO, which is full of black squirrels, once had pure white albinos in Trinity-Bellwoods Park. You could also find them in the west end, in High Park or even on Crawford Street. Then again, you might not. If they’ve disappeared, it’s a shame.