In the 1920’s, artists, writers, shopkeepers and bohemians began settling into 19th-century row houses along Gerrard West and neighbouring streets.  They painted the stuccoed houses in rainbow colours, opened art galleries, bookshops, restaurants and – a first for TORONTO – an outdoor patio.  The neighbourhood was christened GERRARD STREET VILLAGE.  It became our city’s Greenwich Village, Soho, the Left Bank – an enclave of bohemia in the middle of a very conservative town.

CSILLA FEL remembers TORONTO’s first patio: “The first patio with the yellow awning was a rented house and was called “The Jack and Jill” . Catherina Barca, aged 97 passed away quietly this spring. The Globe and Mail called the Barcas ‘pioneers in sidewalk cafes.’ This was my backyard as a child and the atmosphere of coffee and creativity has stayed with me my whole life.”

Only a few of the Victorian-era houses remain – “totally emasculated” as one old-timer put it.  A hotel, parking lot, hospital buildings, a condo and a steam plant occupy – what was once – TORONTO’s ‘Brigadoon’. 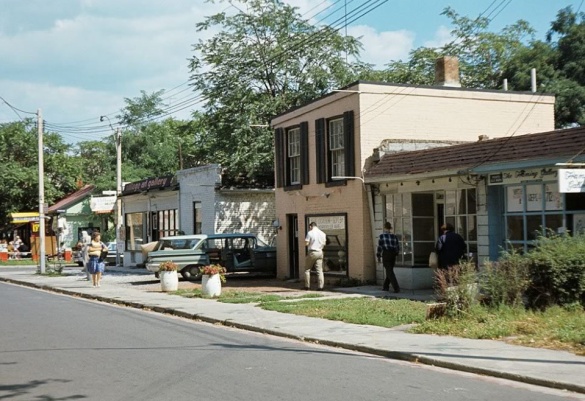 “In the 1920’s artists, writers, shopkeepers and Bohemians began settling into 19th-century row houses along Gerrard St. West. You mention Albert Franck having a hop on Gerrard, but he and his wife Florence Vale, actually lived there, as well. Harold Town frequented their place (he wrote a couple of books on Franck, and Joyce Wieland and Kazuo Nakamura were, I think, mentioned by Franck. Also on that strip I think is where the collective General Idea (Felix Partz, Jorge Zontal, and AA Bronson, of whom Bronson is the sole surviving member) had their first salon.” – from STEVEN ERIC KETOLA 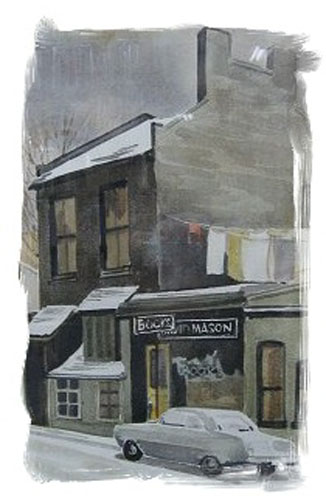