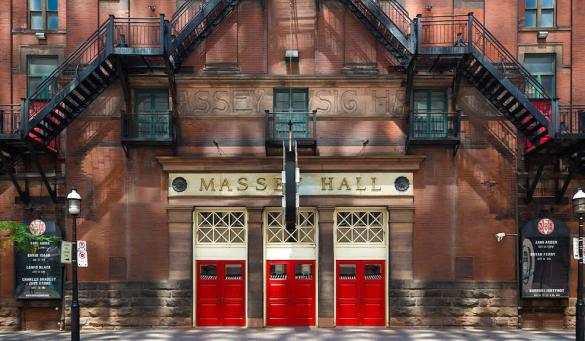 There are 93 of them altogether. They were so dirty and encrusted in grime, that no one even knew they existed. But now, thanks to a team of five glaziers from TORONTO’s EGD Glass and Vitreous Glass, this vast array of stained glass is getting a second chance.  <PHOTO ABOVE – boarded up Massey Hall windows before renovations began> 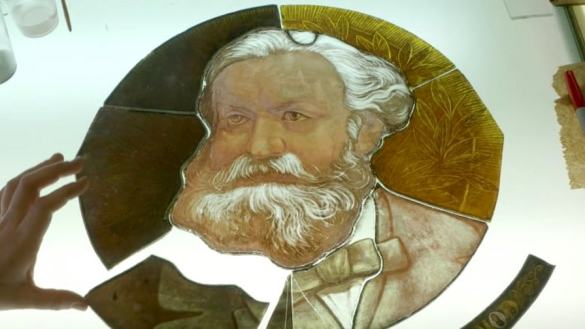 Restoration expert EVE GUINAN, in an interview with David Friend of The Canadian Press, said “pigeons had gotten between the glass and the plywood, and it was full of straw and all sorts of material for nesting. There were bird skeletons, old beer bottles. It was quite a treasure trove.” 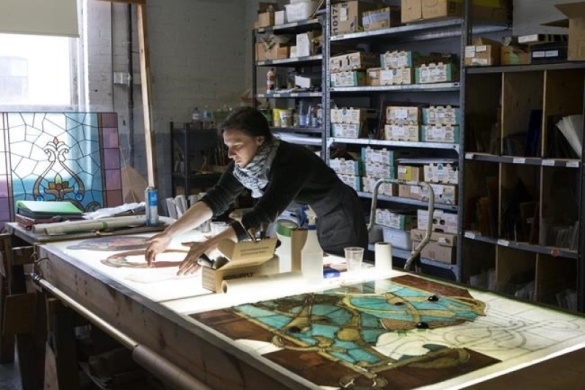 <PHOTO – Chris Young, The Canadian Press; holding Johann Sebastian Bach’s head>  Ms. Guinan’s team dismantles each window, washes them and reassembles them. The painting cannot be modified. Touch-ups are made on another layer of glass on top of the original. For protection against the elements all of them will be placed behind a layer of clear glass.

Another layer of soundproof glass will keep out street noises. On top of all that, blackout blinds will close off the windows during concerts.  The revitalization project of MASSEY HALL will be finished in 2020. The budget – $139-million, contributed by the federal and provincial governments, the city, developers and private donors.  “We don’t have to knock it down and build something new,” says Eve Guinan, with relief. 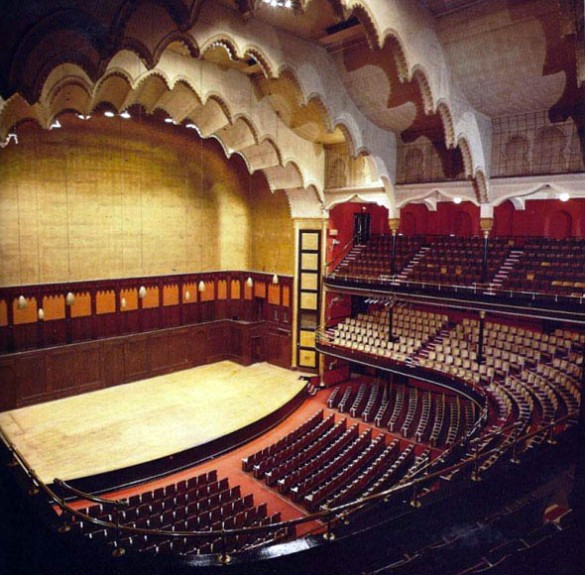 <Interior of MASSEY HALL, the “Old Lady of Shuter Street”, before renovations began>