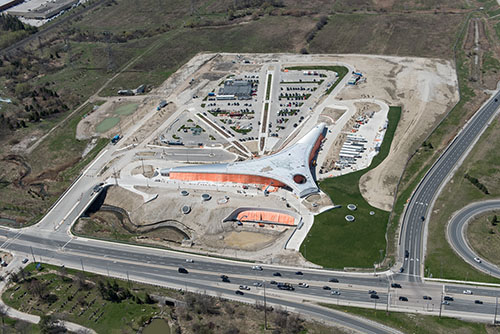 It’s inevitable I suppose if you build a subway station in a field there won’t be a lot of users. Such is the case with the TTC’s Highway407 station, constructed between two major highways.  Transit blogger STEVE MUNRO believes “it’s only ever going to be an interchange station for buses.”  It’s one of two least-used stations on the entire subway network – with an average 3,400 riders per day. 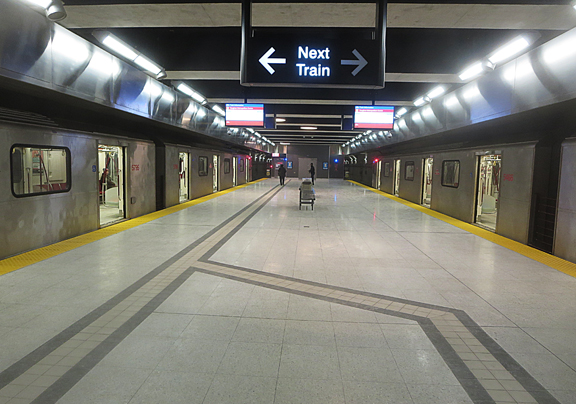 <PHOTO ABOVE – Highway407 Station>  The second under-performing station is Downsview Park with 2,500 passengers daily. There’s not much development around this federally-owned green space. Top-of-the-line is York University station with 34,100 boardings and disembarkings every day. Finch West follows with 17,700 and Pioneer Village, which also connects with York U., comes in at 17,300.

<PHOTO – soon-to-be downtown straphangers on Line One>  So far, the investment of $3.3-billion for six elaborate stations – two of which are under-performing – one of which is outside TORONTO’s boundaries – seems wasteful – especially when the inner city desperately needs a Downtown Relief Line (DRL).

TORONTO should consider London’s UNDERGROUND, a super subway system, which in large part is above-ground outside the city centre. In London’s suburbs there’s even room for express trains, by-passing several stations on their way into the core. Way to go, LONDON!

And all that tunneling underneath TORONTO’s sparsely populated regions. Why?  Could it have something to do with politics?  I wonder.