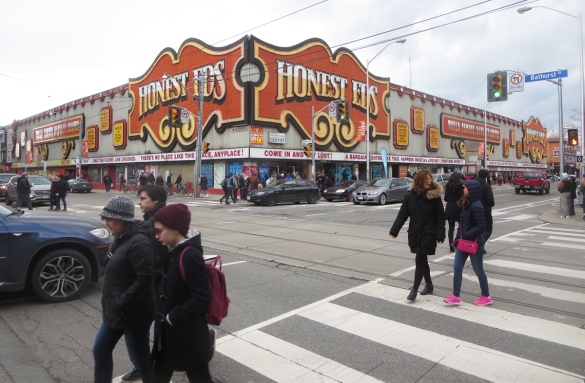 <HONEST ED’s as it once was – Bloor at Bathurst> 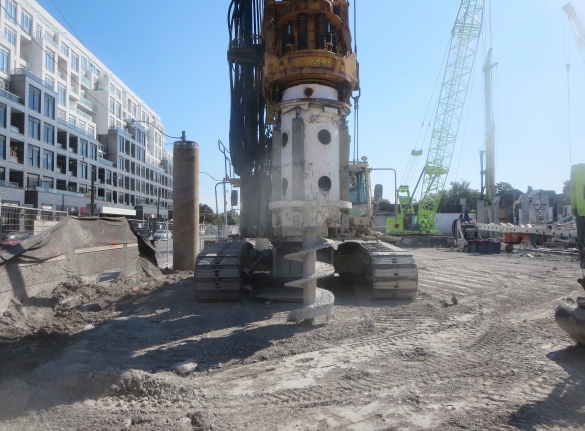 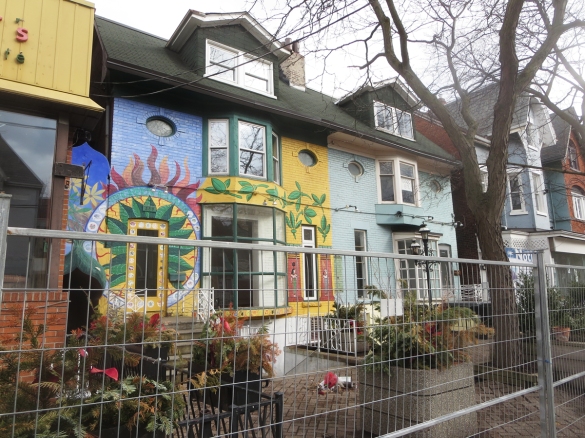 MIRVISH VILLAGE is behind bars. The row of Victorian houses on Markham Street will become part of the new development by Vancouver’s Westbank. The plan is to keep and restore 23 of the 27 heritage buildings on site. 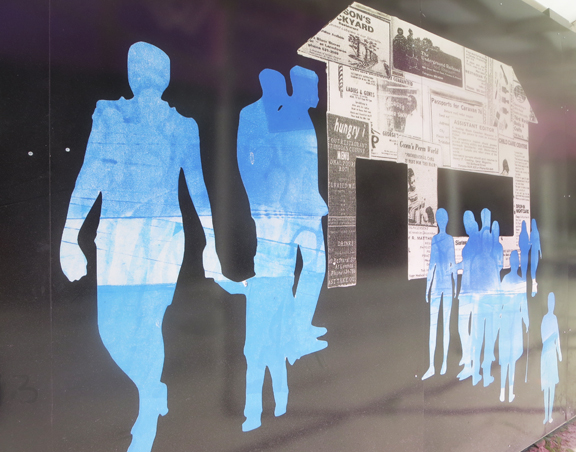 Even the hoarding around the project is exceptional, with an invite to ‘sit under the Balboa Tree’ and contemplate the late Ed Mirvish and the sense of community he created. Ed brought together people from all walks of life, incomes, ethnic backgrounds and ages. 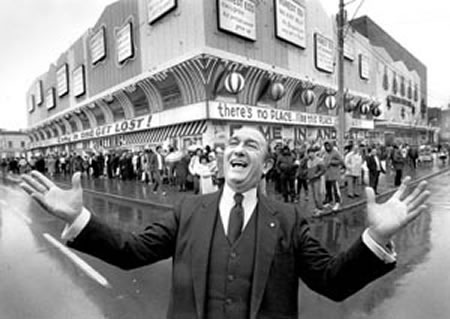 ED MIRVISH, who died in 2007, opened his first store at the corner of Bloor and Markham Streets, in 1948.  He and his son, David, went on to build a family empire.  The two of them ran an art bookshop on Markham Street; purchased the Royal Alexandra Theatre when it was destined to become a parking lot; built the Princess of Wales Theatre; rescued and renovated London’s Sadler’s Wells Theatre; purchased the Pantages (now the Ed Mirvish) theatre on Yonge Street; founded Mirvish Productions, a major live-theatre company; and continued operating Honest Ed’s.