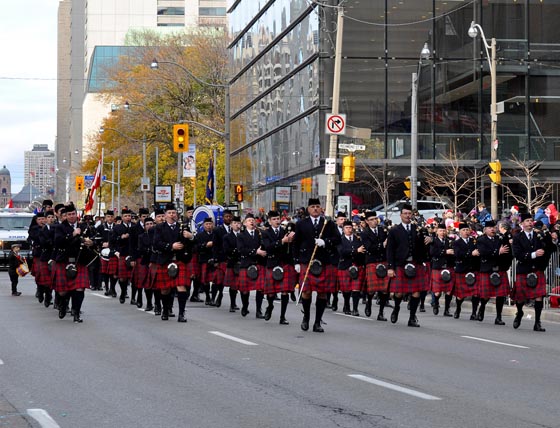 There are over 10,000 pipe bands in the world, and TORONTO has one of the finest.  The Toronto Police Pipe Band, founded in 1912, is reputedly up in the Top 30.  Its members are primarily from the Greater Toronto Area, but some live as far away as Montreal, Ottawa, New England and Michigan.  <PHOTO ABOVE – the Band marching in the Santa Claus Parade> 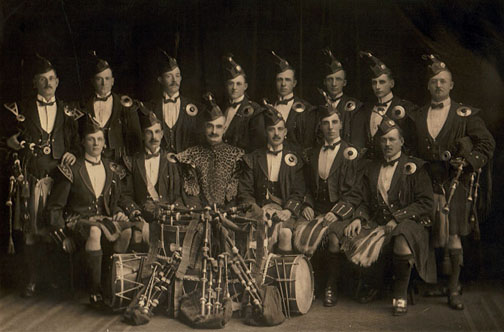