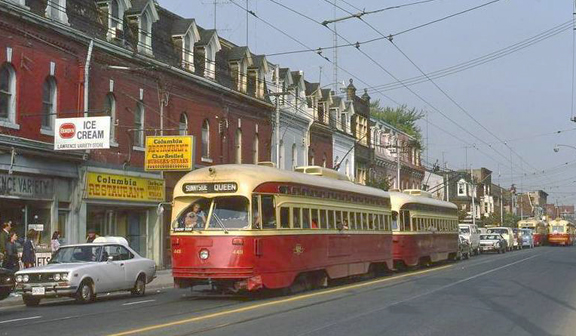 In the early seventies Queen Street West streetcars rattled by some of TORONTO’s oldest and funkiest low-rise buildings.  The apartments above the stores were run-down, inhabited by derelicts, and dirt cheap. Surrounding low-rise office & sewing factory buildings were often used for no more than storage.

Artists and students at the nearby Ontario College of Art (now OCADU) moved into these rundown apartments and illegal loft spaces in which they could perform and work.  They set in motion funky theatres, grungy warehouse lofts, and an odd assortment of legal and illegal after-hours bars (booze cans) and salons, as well as venues for art bands, reggae groups and performance events.