“All the news that’s fit to print” covers a lot of territory in the New York Times. This week some tips on making love in a canoe made it into their Magazine on July 29th. 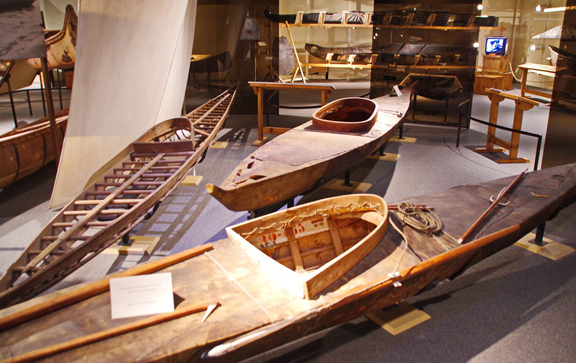 JAMES RAFFIN, former executive director of the Canadian Canoe Museum – http://www.canoemuseum.ca – came up with directions in point form . . .
– to avoid capsizing, bodies should stay low in the hull
– centre of gravity is most important
– stow your paddles, handle ends down, behind the stern seat
– take out the removable centre thwart, if there is one, in the event of a flip
– let your hips roll with the canoe
– keep some body parts visible above the gunwale
– a canoe with nobody in it raises alarm
– only remove your life jacket if you’re a capable swimmer
– black flies and mosquitos are most active around twilight 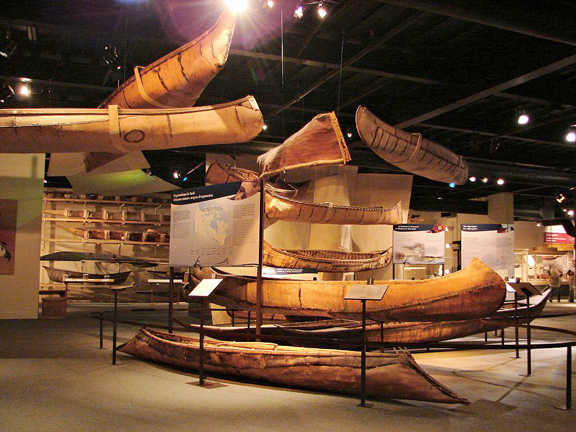 The Museum was The Peterborough Examiner’s newsmaker of the year for 2017 after successfully convincing the federal, provincial and city governments to donate millions to help erect a new $65-million building.  The new museum is expected to open in 2021. 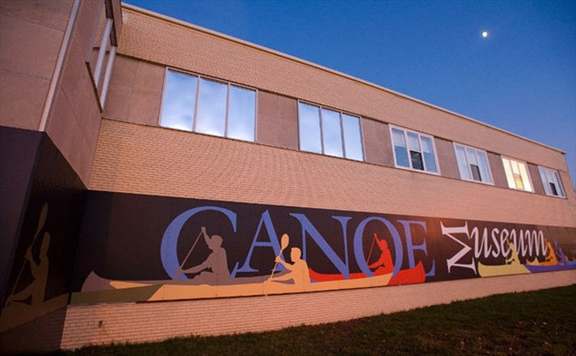 GORDON LIGHTFOOT, a Canadian “icon”, donated a few canoes – including the yellow one that inspired his song ‘Canary Yellow Canoe’.  There are 600 canoes in the collection – 100 on display at a time. 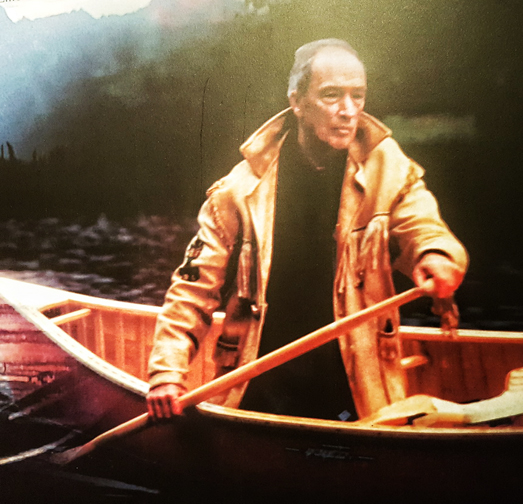 <“IT’S GOOD TO BE THE KING . . . NEXT!”, editorial cartoon by GRAEME MACKAY, Hamilton Spectator>  Premier DOUG FORD plans to slash nearly half of all TORONTO city council seats before the municipal election on October 22nd. That would mean going from 47 councillors to about 25. Ward boundaries would then match federal and provincial ridings.  Ford is also cancelling regional chair elections in Peel, Niagara and York regions.  A dozen councillors support Mr. Ford’s plan.

<‘SURPRISE!’, editorial cartoon by DAVID PARKINS, Globe and Mail, July 30th/2018>  CANADA’s federal government says it will do whatever it can to protect TORONTO from the “vindictive and destructive” actions taken by Doug Ford and his administration. ADAM VAUGHAN , Liberal Member of Parliament and Parliamentary Secretary for Urban Affairs, says Ford is plunging TORONTO into chaos at a time when it needs stability the most.  Vaughan said the proposal is “reckless, irresponsible” and tosses TORONTO into a political storm when it needs leadership on critical files such as asylum seekers, gangs & guns, transit & housing. Vaughan went on to say Ford is taking these actions because “he doesn’t like Toronto” and accused him of “breaking” the city.  <PHOTO – Adam Vaughan/The Canadian Press> 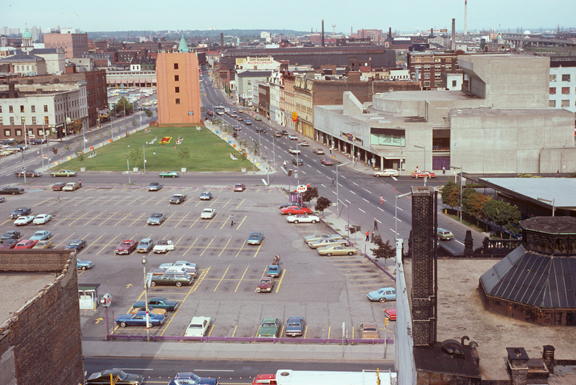 Looking east across a parking lot to the Flat Iron Building; Canadian Stage theatres on the right, 1975. 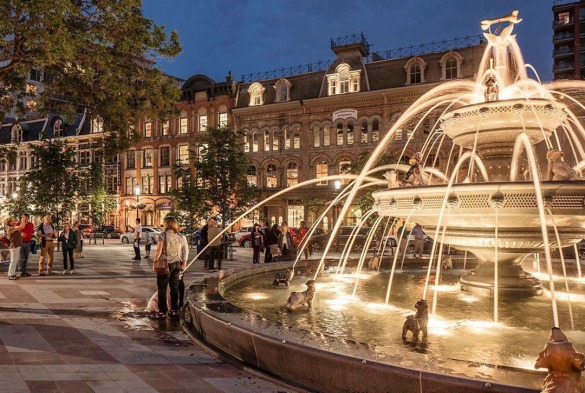 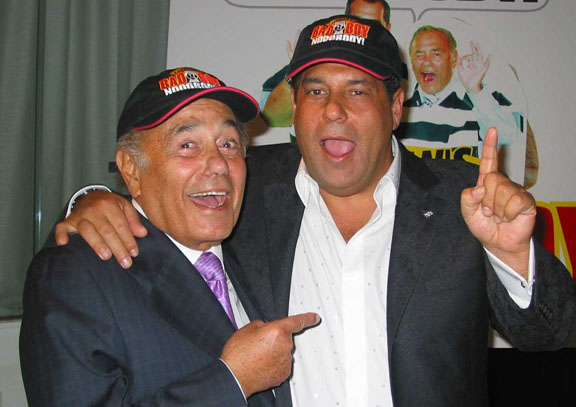 You do the Hokey Pokey
and you turn yourself around
That what it’s all about.
<Former Mayor MEL LASTMAN (l) and his son, BLAYNE>  MR. LASTMAN is planning to put his support behind current mayor JOHN TORY in the upcoming municipal election on October 22/2018.

<ABOVE – St. Lawrence Market South, 1895>  These images are part of a vast collection of visuals stored in the City of TORONTO Archives. Accessible, thanks to the Archives themselves and Sidewalk Labs, they date back to the mid and late 1800’s, when the city was just beginning to find its way.

<WILLIAM LYON MACKENZIE HOUSE, York Street, north of Richmond West, ca1888; artist Frederic Victor Poole; painted in 1912>  William Lyon MacKenzie (1795-1861) was a journalist, Mayor of TORONTO, and leader of the 1837 Upper Canada Rebellion. After escaping to the United States for a while, he returned to Canada from exile and became an elected member of the Legislative Assembly of the Province of Canada from 1851-58. His town house on Bond Street is now a museum. 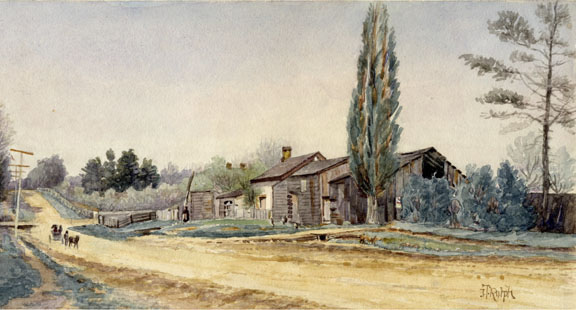 30,000+ historic photos are now on-line thanks to Sidewalk Labs & the City of TORONTO Archives. An invaluable research facility, the OLD TORONTO website is very easy to use. You’ll find it at https://oldtoronto.sidewalklabs.com/ 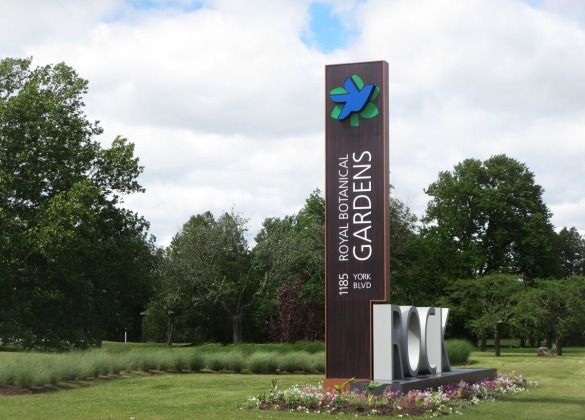 The ROYAL BOTANICAL GARDENS are located roughly 40 miles southwest of TORONTO midway between BURLINGTON and HAMILTON (GTHA).  A National Historic Site, the gardens cover 2,400 acres with 27 kilometres of walking trails.

The RBG is home to more than 50 at-risk species, and it’s a major stop-over point for thousands of migrating birds.

TORONTO BOTANICAL GARDEN, 777 Lawrence Avenue East at Leslie, is one of Canada’s finest urban gardens.  It’s compact, somewhat hilly but easily walkable.  Accessible by public transit, bicycle and automobile, the Toronto Botanical Garden, Edwards Gardens and Wilket Creek Park lead from one into the other.  And it’s all FREE, including the parking.

The Mamma Mia gang is back with the effervescent music of ABBA. For two hours you can forget about Trump, Ford, Kim Jong Un, Putin, tariffs, guns, wars, borders, scandal – all that stuff. Enjoy a new musical which doesn’t take itself at all seriously – it’s the La La Land of 2018, and it’ll make you feel real good.
Note of caution – you’ve got to love ABBA.