<PHOTO – @The York Pioneers>. Massey Hall’s Bach and Beethoven have been found in the basement of Roy Thomson Hall. The two stained glass windows were there all along, both in need of restoration by architectural historians from GBCA Architects.

On opening night, June 14, 1894, about 100 stained glass windows were in place around TORONTO’s brand new concert hall. Twelve composer portraits were the most expensive, painted by hand in lead, enamel, glass and silver. They were all lined up on the main floor – the ‘12 apostles of music’.  The 100 windows comprised the largest collection of commercial art glass in Canada, not in a church. 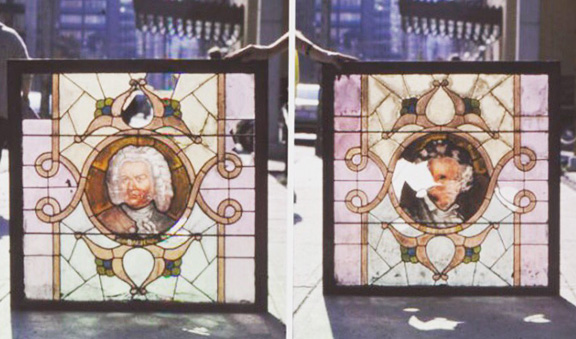 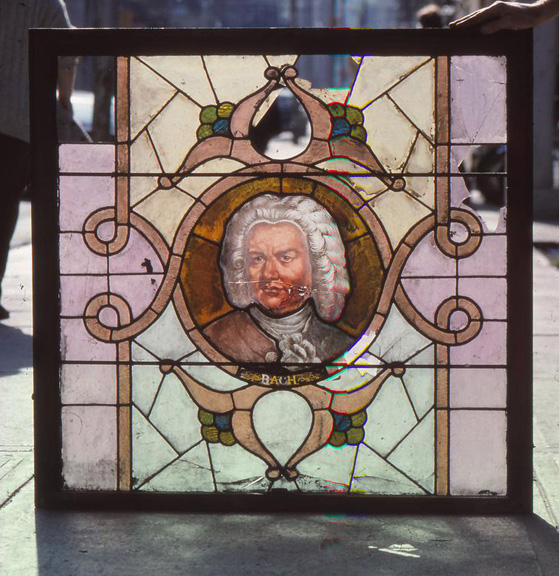 Handel, Haydn, Beethoven and Bach were removed in the early 20th century to make room for emergency exits. Then Beethoven and Bach went AWOL in 1991. They turned up this year after an extensive search.  In July/2018 the Hall will close for two years after a week of concerts by GORDON LIGHTFOOT. The interior will be refurbished; stained glass windows re-installed; there’ll be a new building at the rear; expanded loading docks, two new performance spaces and a small museum.  The lower level bar, which features the photographic history of the building, will no doubt remain intact.

<RENDERING – the new Massey Hall, as it will look in September/2020>