‘Holding Pattern’ is one of many works of art found throughout Terminals one and three. Pearson International Airport (YYZ) is Canada’s largest and busiest. It’s the main hub for Air Canada, and was the first in the world to provide United States border preclearance. In 2018 over 75 airlines to more than 180 destinations across the world’s 6 continents arrive & depart from Pearson. 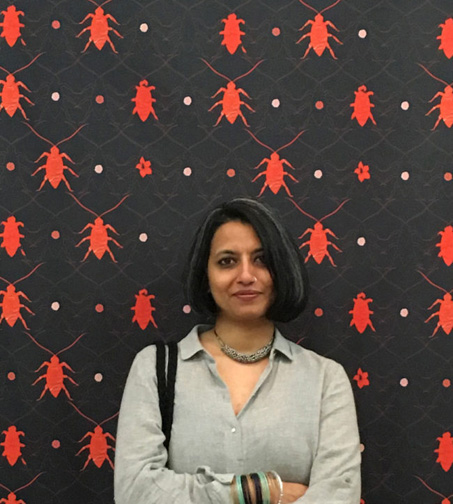 TAZEEN OAYYUM is a contemporary miniature painter and installation artist. In TORONTO her work has been shown at Pearson International Airport and the Textile Museum of Canada. Educated at the National College of Arts in Pakistan she has exhibited her work in Sydney, Honolulu, Rouen, Tokyo, Vancouver, Pakistan and TORONTO.