<Osgoode Hall is in the upper left corner>. The five-part panorama is from the City of Toronto Archives. Photogaphers – Armstrong, Beere and Hime. It’s possible that these pictures were intended to accompany TORONTO’s submission to the Colonial Office to promote its selection as capital of the Province of Canada. In the end, Queen Victoria chose OTTAWA to be Canada’s capital.

<The developing city from York to Bay Streets along King Street West.> 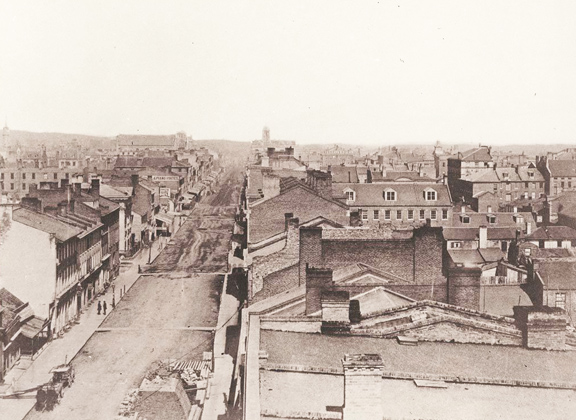