The mural, in the Monte Carlo Laundromat in North York, is about TORONTO and the personalities who live here (or once lived here). Among the 400 references to the city – Sam the Record Man, former mayor Rob Ford, fashionista Jeanne Beker, radio and television personalities, Mayor John Tory, Spider Jones, disc jockeys and everyday folks. 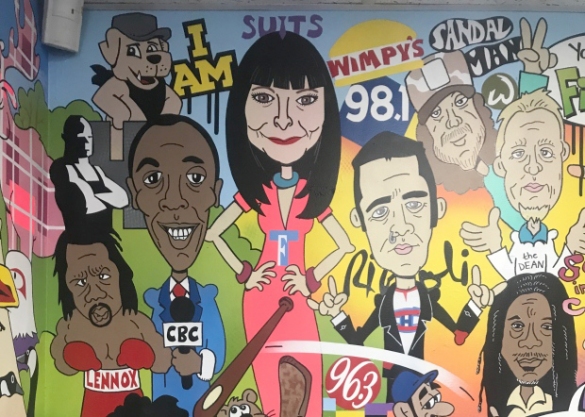 “I had options. Stay home and get drunk, or challenge myself to create the mural, and for me it was mind therapy,” Mr. De Luca says. The response to his work has been very positive.