It’s taken decades of ‘goin’ down the road’ for the government of QUEBEC to welcome English speakers back home to La Belle Province.  Looking for a secure future, thousands of Quebecers (13,100 in 2014 alone) have moved to TORONTO and Western Canada, and the brain drain is ongoing.

Premier PHILIPPE COUILLARD has reached out to exiled “anglos” by saying “we need you” to help the province build a better future. “The English language is part of who we are, it’s part of our history,” said the premier at a news conference this past weekend. 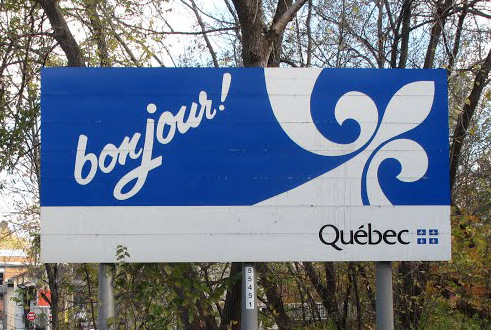 Columnist BRENDAN KELLY in the English-language Montreal Gazette sums things up in a few words: “We’re different because we live in a French-language place. By definition, we’re submerged in a different culture. There’s the rub, though. We’re not really submerged in that culture.” On that point authors Jean-Marc Léger, Jacques Nantel and Pierre Duhamel agree that, “Anglo Quebecers form a distinct society unto themselves.”

For the complete story published in The Gazette go to
http://montrealgazette.com/news/quebec/pq-youth-blast-liberals-for-contemplating-loosening-up-french-charter