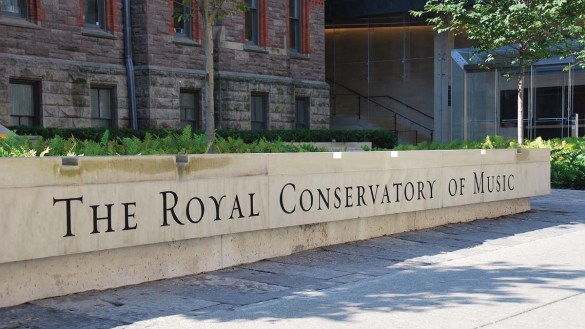 Founded in 1886 and incorporated in 1947 by King George VI with a royal charter, The Royal Conservatory of Music is both an education centre and a concert venue. 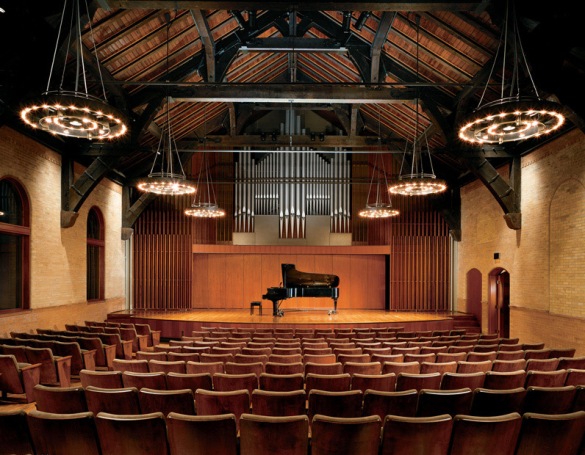 <PHOTO – Ettore Mazzoleni Hall>  There are two concert halls – Koerner Hall, which opened in September/2009 and seats 1,135, and the Ettore Mazzoleni Concert Hall which opened in 1901 with seats for 237. The Temerty Theatre, a smaller performance space, is also on site, with space for 150. This theatre replicates the acoustic quality and stage size of Koerner Hall and is used to prepare students for live performances.

Rising above the traffic din on Bloor Street West, the Royal Conservatory is quite the complex, devoted entirely to music.  For details on the building, the concert halls, and the Conservatory’s outstanding graduates – including piano virtuoso Glenn Gould – go to https://en.wikipedia.org/wiki/The_Royal_Conservatory_of_Music