In the good old days, many TORONTO children had the run of the streets. An exhibition from the vast photography collection of our city’s archives captures the kids at work and play in a growing, dirty and dangerous city.  Photographers found them in laneways, backyards, behind houses, on construction sites, sitting on stoops and staircases. 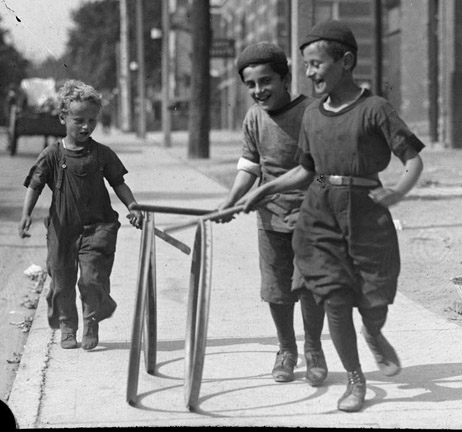 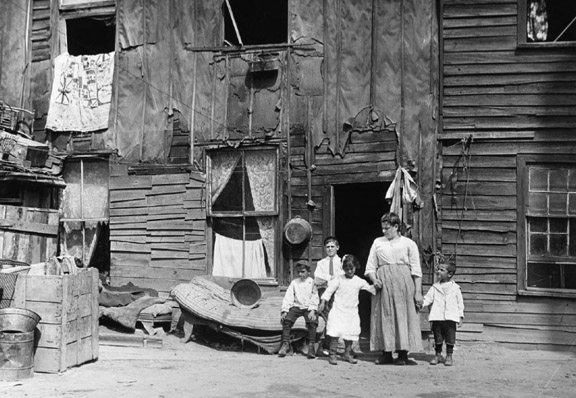 The City of TORONTO Archives occupies an impressive building at 255 Spadina Road. While there you can see the stacks through a glass window – boxes and boxes of our city’s history, and over a million photographs.  Website – http://www1.toronto.ca/wps/portal/contentonly?vgnextoid=7cb4ba2ae8b1e310VgnVCM10000071d60f89RCRD 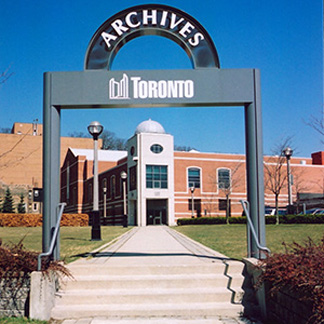 This slim condo which will soon rise behind a heritage building on Wellington Street West.  Plans are to set Wellington House well back from the street and feature the historic, red-brick house up front.  The project is a collaboration between Lamb Development, architectsAlliance and Goldsmith Borgal and Company Architects.

THOMSON REUTERS is adding 400 jobs in TORONTO focusing on cognitive computing. The company currently employs about 1200 people here. Its CEO will relocate to TORONTO from New York City in the coming weeks.  Thomson, a Canadian company, acquired REUTERS, one of the world’s largest news organizations in 2007.

TORONTO artist Shary Boyle recently won the Gardiner Museum’s sculpture competition. Competing with 60 entrants from across the country, she beat them all. Ms. Boyle, no stranger to gallery and museum goers in the city, uses ceramics in surprising ways, and this huge vase with legs definitely qualifies.

The piece will appear in 2017, sharing space with Jun Kaneko’s head in front of the Gardiner.  The artist says “It’ll be quite looming, with some kind of pop appeal and vintage Canadiana patterns.” 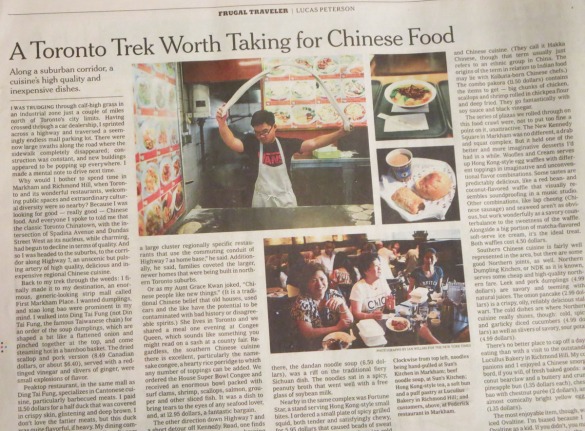 LUCAS PETERSON writes the “Frugal Traveler” column for the New York Times. This past Sunday, in a search for excellent Chinese food he ventured well beyond TORONTO’s city limits – without a car. 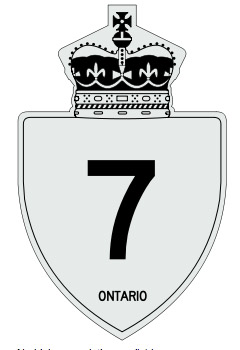 “I sprinted across a highway and traversed a seemingly endless mall parking lot. There were now large swaths where the sidewalk completely disappeared; construction was constant, and new buildings appeared to be popping up everywhere.”

The goal – to find extraordinarily good Chinese food along Highway 7, “an unscenic but pulsing artery of high quality, delicious and inexpensive regional Chinese cuisine.”  First stop – Ding Tai Fung in the strip mall First Markham Place for an order of soup dumplings. The dried scallop and pork version “served with a red-tinged vinegar and slivers of ginger, were small explosions of flavour.”  Second stop – Peaktop restaurant for a half duck that was “covered in crispy skin, glistening and deep brown.” 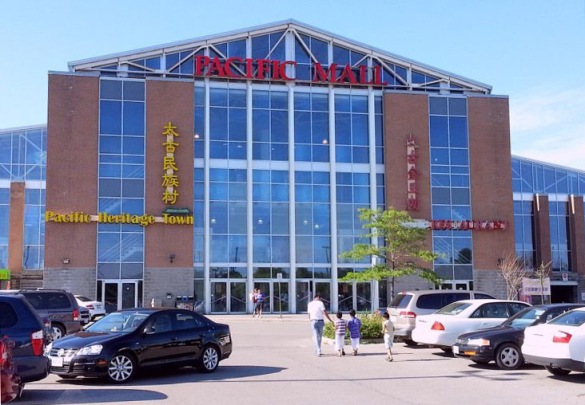 Third stop – Pacific Mall, a huge structure housing hundreds of businesses, including an excellent food court. At Sun’s Kitchen – beef noodle soup “with thick, chewy noodles and chunks of tender meat had a pleasantly savoury broth that tasted of star anise” and dandan noodle soup “a riff on the traditional fiery Sichuan dish”.

<PHOTO – Frederick restaurant in Markham – Ian Williams photo>  The Frugal Traveler capped off his day of eating “with a visit to the outstanding Lucullus Bakery in Richmond Hill. “My companions and I enjoyed a Chinese smorgasbord, if you will, of fresh baked goods: a coconut bearclaw and a buttery and crunchy pineapple bun ($1.35 each), chestnut bao with chestnut purée ($2), and an almost comically bright yellow egg tart ($1.35).”

Open daily from 10am to 5pm THE CHRYSANTHEMUM SHOW/2016 is now on at Allan Gardens Conservatory, 19 Horticultural Avenue. Take the #506 eastbound streetcar from College subway station. Get off at Jarvis and walk a half block east, then south past the dog park.  The show is free.  Website – http://www.toronto.ca/parks/conservatories 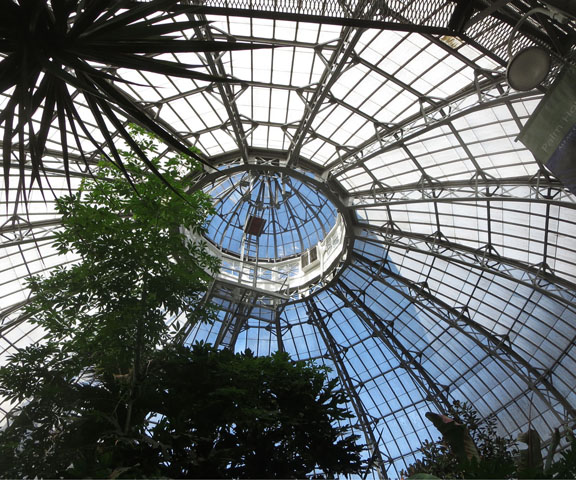 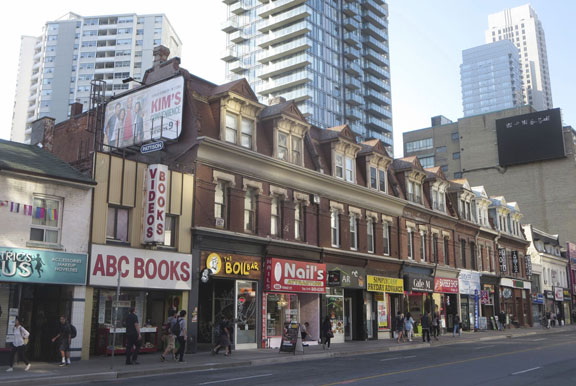 Yonge Street has always been TORONTO’s heart and soul.  Now, from College to Bloor – a distance of about 10 blocks – it’s become one major construction zone.  Tiny Victorian-era shops are being overshadowed by construction cranes and steel, but they’re still with us.  Developers have avoided the wrath of the locals so far, by building behind or incorporating the elderly structures into their projects.  How long will this last? We’ll see.

<PHOTO ABOVE – an uncovered piece of TORONTO’s past, Yonge Street at Gloucester> 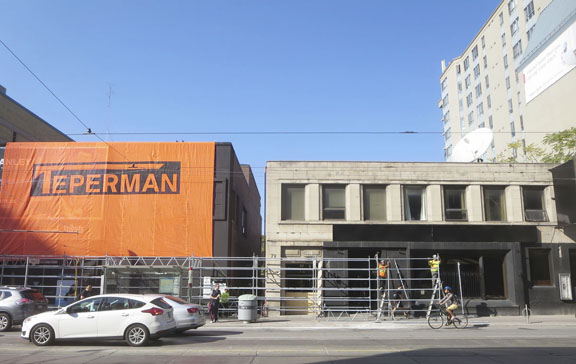 <PHOTO – under the Teperman tarp the former TORONTO home of  Columbia Pictures; on the right Warner Brothers, and more recently the Cell Block – a gay bar.  Going, going, gone.><PHOTO – Yonge Street at Charles – this 3-storey building is being renovated and will survive> 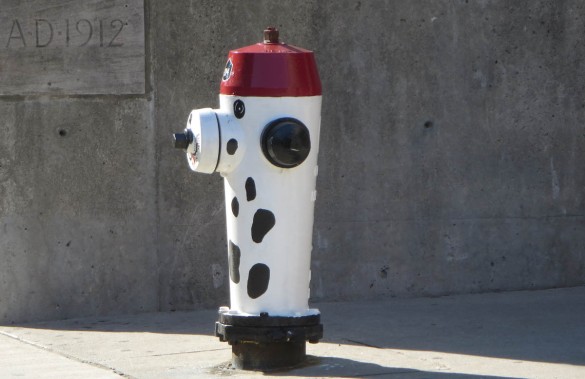 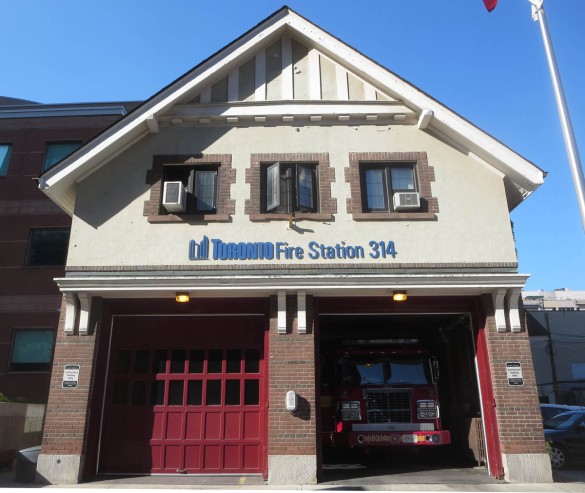 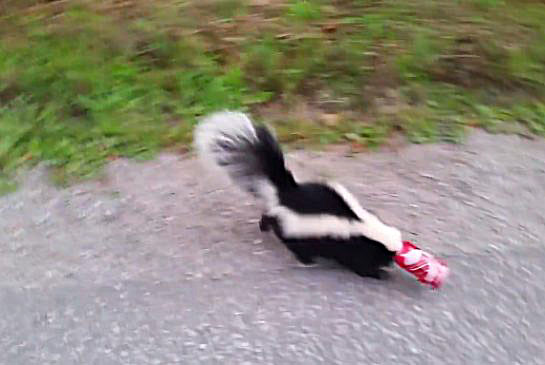 Mike McMillan, on his way to a meeting with the mayor of ORILLIA, bravely helped rescue a skunk whose head was stuck in a Coke can. He calmly begged the skunk not to spray him as he slowly approached and – with a back-and-forth movement – pulled the can off. The grateful skunk then ran away.

The Duchess of Cambridge gave a big boost to TORONTO designer SENTALER when she wore the company’s signature ribbed sleeve alpaca coat in gull grey. The $1,195 jacket sold out immediately, with pre-orders up to February 2017. Kate’s earrings were by Canadian designer Shelly Silversmith.  BOJANA SENTALER, said she was “honoured” that Catherine chose to wear the coat while visiting the Yukon. And yes, they do ship to the UK. <PHOTO ABOVE – Pool/Sam Hussein/WireImage>

The fifteenth annual TORONTO report card is out. We can always do better but “by many measures it appears our city is doing quite well,” says Sharon Avery, President & CEO of the Toronto Foundation.

Environment: Air quality has improved. Greenhouse gas emissions have declined 24% since 1990. We have almost double the rate of greenhouse gas emissions of London, a third more than Amsterdam but half the rate of Los Angeles.  Gap Between Rich and Poor: Hunger is shifting from downtown to the inner suburbs where food bank visits have gone up 48% since 2008. TORONTO is the child poverty capital amongst Canada’s large cities, with rates consistently between 27% and 32% since 1997. 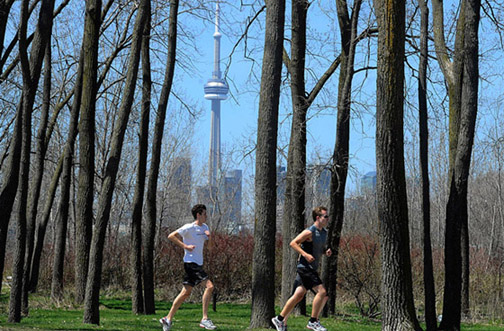 TORONTO ranks as the best place to live among 50 global cities; first among 35 global cities on youth opportunities; 5th among 24 global metropolitan areas on prosperity.

Learning: In 2015, 59% of the Toronto Region’s population had a post-secondary education, up from 55% in 2010, and higher than Melbourne, Boston, London, Amsterdam and Los Angeles.

Getting Around: Torontonians take four times more public transit trips per capita than people who live in Los Angeles but less than half as many as residents in London.  Work: The overall unemployment rate dropped to 7.7% in 2015 from 9.5% in 2014.