As necropoli go, the TORONTO Necropolis is a small one. Opened in 1850 to replace the ‘Strangers Burying Ground’ or Potter’s Field, this cemetery is the final resting place for 50,000.

For the full Necropolis experience go on a day of drizzle, fog and dark shadows like I did. I met four individuals coming out of the fog, and I must admit that was just a little bit spooky. 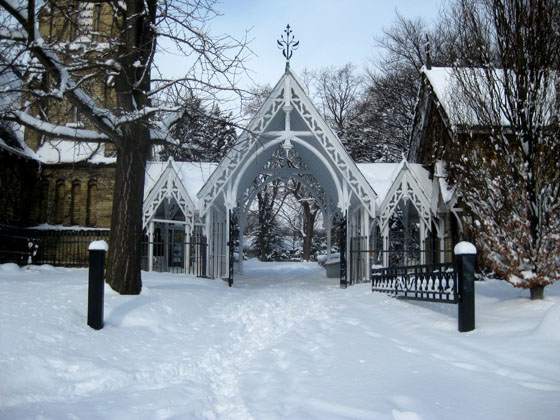 <PHOTO – entrance to the Necropolis after a snow storm>  The TORONTO Necropolis is located at 200 Winchester Street, opposite Riverdale Farm.