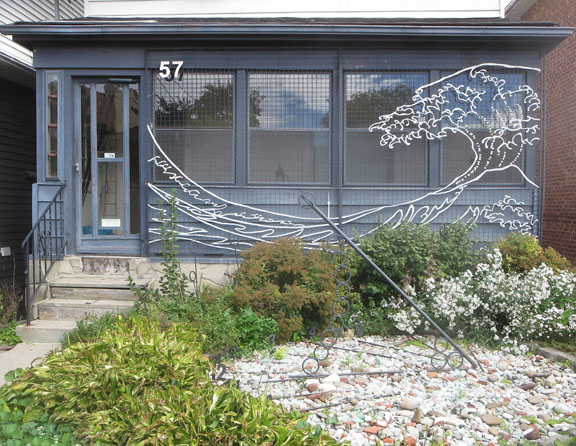 The Beach’ in TORONTO’s east end is a unique neighbourhood stretching from roughly Coxwell Avenue on the west to Victoria Park on the east, Kingston Road to the north and south to Lake Ontario. 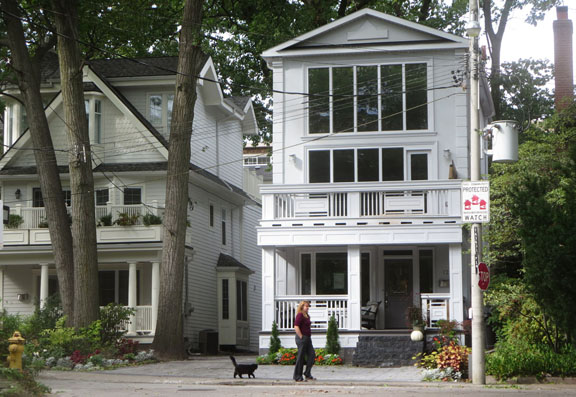 You can spend a lot of time here – enjoying the multiple forms of architecture, the shops and restaurants along Queen Street, parks, gardens, historic buildings and galleries – as well as a boardwalk, bike trail and three beaches. After a while you feel as if you’re in another town altogether. 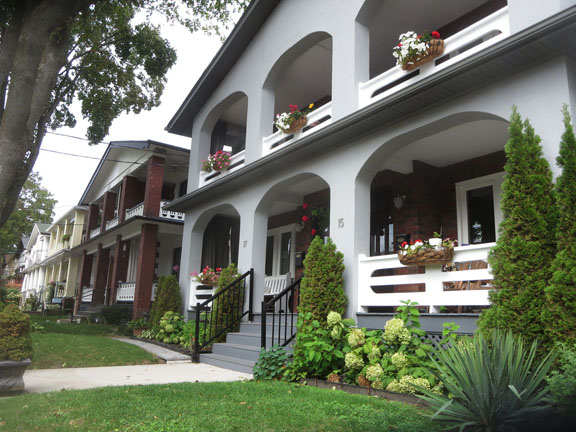 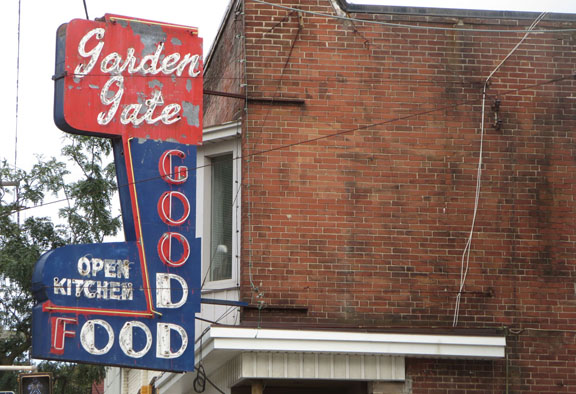 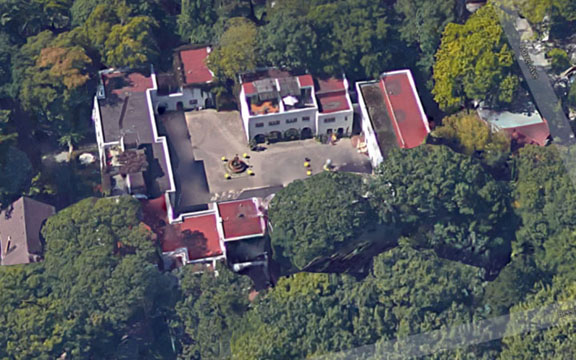 <The eccentric El Pueblo apartment complex near the beach>

<The Fox Cinema, second oldest movie theatre in TORONTO.  It opened in 1914 as The Pastime.  The city’s oldest cinema is the Revue on Roncesvalles Avenue> 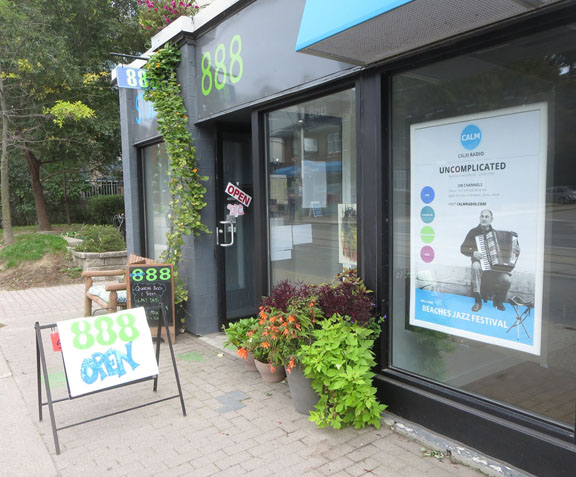 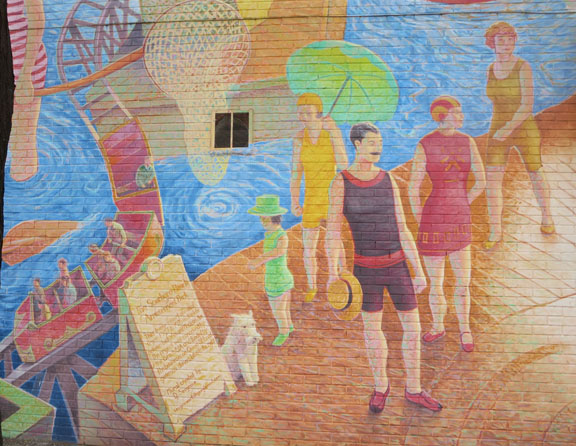 MURAL – The Beach back in the day