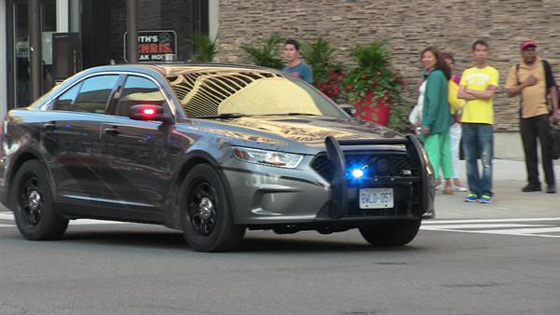 “Sooner rather than later” both patrol cars and stealth cruisers will have a new look. The bodies of patrol cars will no longer be white, but they’ll still be easily identifiable as police cars. “People need to know that it’s a police car when they see one,” spokesman MARK PUGASH told Newstalk1010.  ‘Stealth’ cruisers will be darker than the patrol cars with near-invisible markings. The transformation of the entire fleet of 1,500 will happen in the near future. <PHOTO – The Policefreak/YouTube>