<PHOTO ABOVE – Camil Roslak, Urban Toronto.ca>  It’s a National Historic Site and has played a significant tole in TORONTO’s history and identity. Saved from demolition a couple of decades ago, UNION STATION is now being revitalized with three objectives – to restore heritage elements, to make it more pedestrian-friendly, and to make it a shopping, dining and visiting destination. 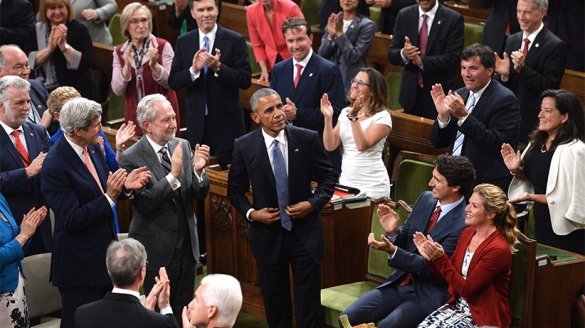 On Thursday, June 29, President Obama delivered a full-length speech to a cheering House of Commons in Ottawa – “four more years!” folks in the Visitor’s Gallery shouted over and over.  Sometimes it takes a worldly visitor to make us aware of what we’ve got going on here.  <PHOTO – Adrian Wyld/CP> 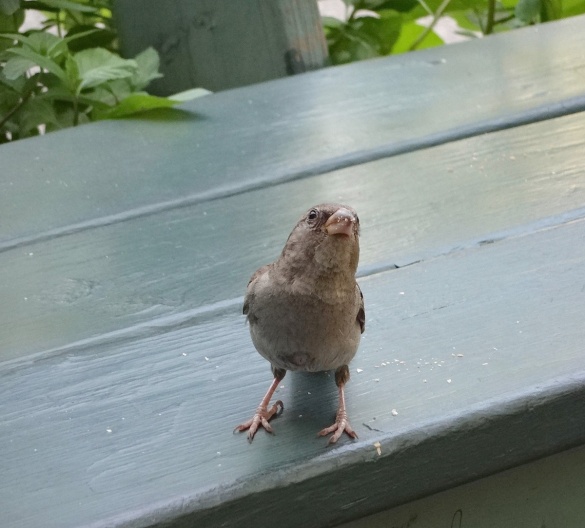 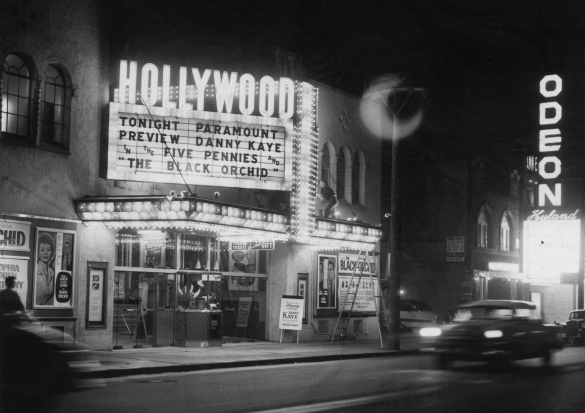 Much has changed at St. Clair and Yonge and not for the better according to STEPHEN CAMERONSMITH, vice-president of the Deer Park Resident’s Association – “Years ago we had 5 movie screens, a Liquor Control Board (LCBO), restaurants Bofinger and Rhodes, the best bookstore in the city (Lichtman’s). We had Leonard Furs, Ira Berg — the fancy ladies’ clothing store – all types of really neat and wonderful retail.”  The Hollywood and Odeon cinemas are long gone – CHUM and CFRB radio stations too. And the retail has become more and more generic.

But things are about to change.  SLATE ASSET MANAGEMENT has assembled properties on all four corners of the Yonge/St. Clair intersection – and a few others as well.   Even in TORONTO, which is going wild with new development, this is groundbreaking and it might be good news for the neighbourhood.

Part of SLATE’s plan is to consult the community and assess what is supportable. For beginners, they want to make the street more pedestrian-friendly and give the intersection a stronger identity. “There is no reason with its proximity to the core – to Rosedale, Forest Hill, Moore Park and sitting on a subway and streetcar line – for it to have languished like this for so long,” says LUCAS MANUEL, the developer.

To get things going a giant mural will be going up on the 12-storey Padula building. It will be designed by the UK artist PHLEGM, known for painting “mythological creations” and “strange contraptions” in cities around the world. We await the future!

<St. Clair and Yonge in the foreground; city centre on the horizon – CBRE Photo> 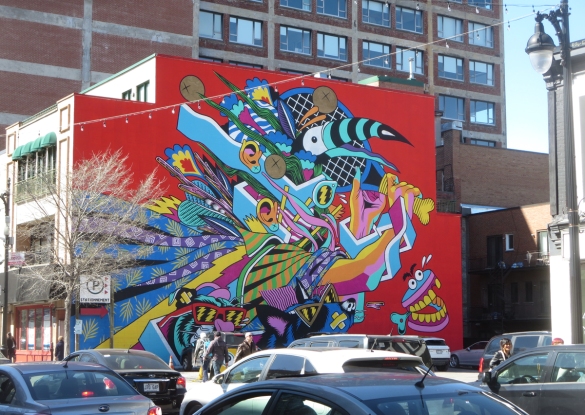 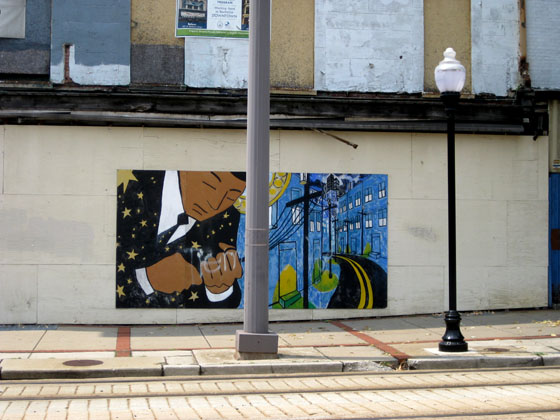 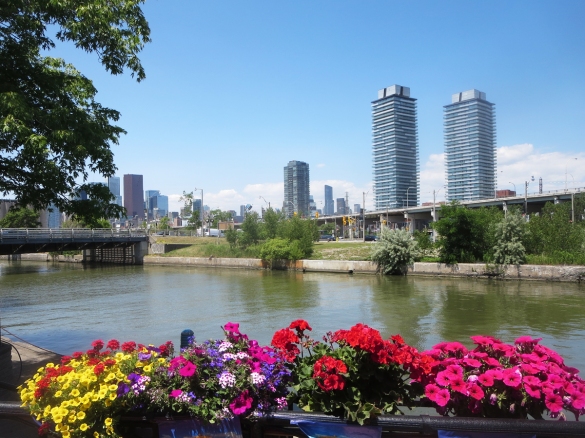 The PORT LANDS are unloved territory for most Torontonians. But once the Luminato Festival/2016 ensconsed itself inside the Hearn Generating Plant the curious amongst us drove, walked and biked the roadways, wooded trails and backwaters of this (ripe for development) industrial patch bordering TORONTO Harbour.

Named after engineer EDWARD HENRY KEATING (1844-1912), the waterway is a 1,000-metre-long connecfion between Ashbridges Bay, the Don River, the inner harbour and Lake Ontario.

I found the Keating Channel and its pub a picturesque stopping place. The beer was great, the food OK and the shaded water-side patio uncrowded.

Early on, the banks of the Channel were lined with industry, including the Toronto Shipyard Company, which built World War I vessels and freighters.

The elevated Gardiner Expressway, the Cherry Street drawbridge and the condo towers of the Distillery District add some urban ambience. 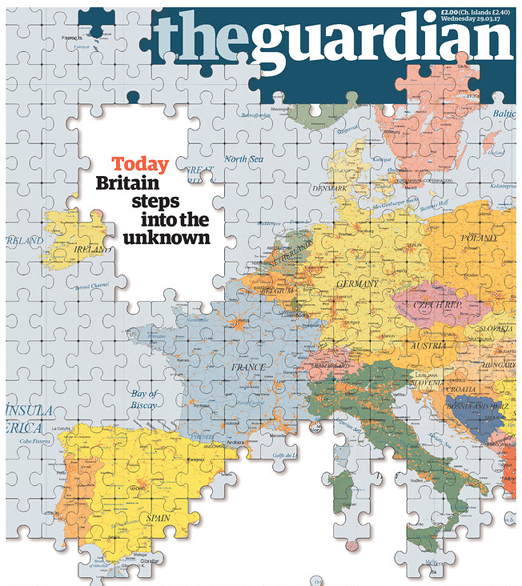 <“BRITAIN STEPS INTO THE UNKNOWN” (the UK joined the European Communities on January 1, 1973> 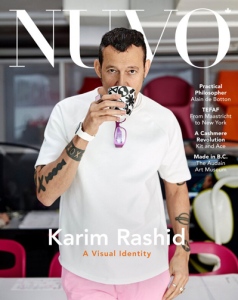 It’s deep winter in the Antarctic, bringing with it bitter cold and howling winds that make flying there almost impossible. CALGARY-based airline KENN BOREK AIR – ‘anytime, anyplace, worldwide’ – undertook the rescue of two ill Americans from the US Amundsen-Scott South Polar Station <PHOTO BELOW – David McCarthy AFP/Getty Images>.  Landing in frigid temperatures with a wind chill of -113 degrees Fahrenheit the evacuation went off without a hitch.

The Twin Otter aircraft is the only type of plane in the world capable of operating in polar midwinter temperatures.  On the return journey, flying 1,500 miles (2,400 kilometres) for 10 hours through the polar night, the mercy flight landed at a British base on the tip of Antarctica.  Both individuals have now been transported to a hospital in CHILE. 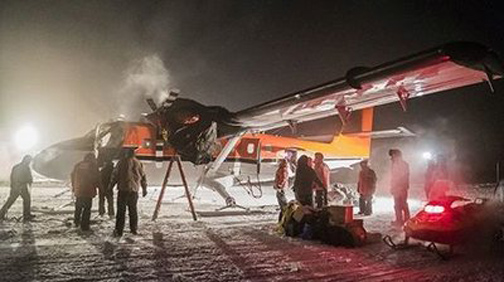 This very dangerous mission has been given much attention by the US media, with scarce mention of CANADA (thanks NPR) or the unique flying abilities of KENN BOREK AIR. 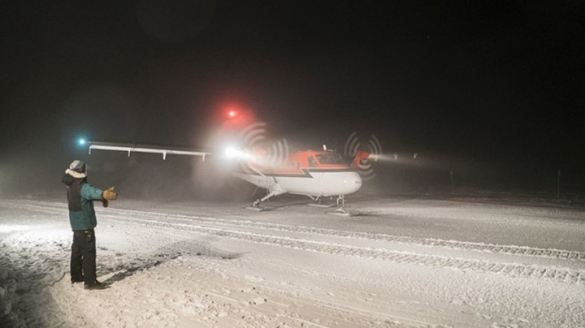