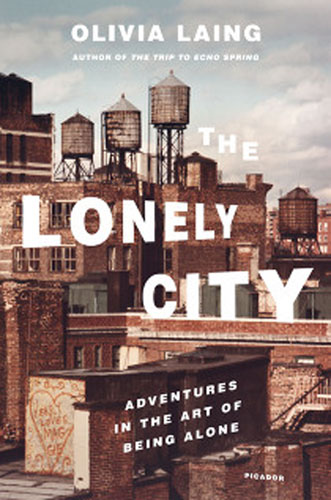 Author OLIVIA LAING is no stranger to loneliness herself – heartbroken, approaching her mid-thirties, occupying a series of sublet apartments on New York’s Lower East Side. “What does it feel like to be lonely?” Laing asks. “It feels like being hungry.”  And it looks like this. In her public isolation, she resembles, she says, the woman in Edward Hopper’s painting ‘Automat’. <IMAGE Des Moines Art Center>

“Cities can be lonely places, and in admitting this we see that loneliness doesn’t necessarily require physical solitude, but rather an absence or paucity of connection, closeness, kinship: an inability to find as much intimacy as is desired.  “I know what that feels like. I’ve been a citizen of loneliness. I’ve done my time in empty rooms. A few years back I moved to New York, drifting through a succession of sublet apartments. A new relationship had abruptly turned to dust and though I had friends in the city I was paralysed by loneliness. The feelings I had were so raw and overwhelming I often wished I could find a way of losing myself altogether until the intensity diminished.” – OLIVIA LAING, The Lonely City

‘Nighthawks’ also by Edward Hopper. No one is talking. No one is looking at anyone else. Is the diner a refuge for the isolated, a place of succour, or does it serve to illustrate the disconnection that proliferates in cities?’ – <IMAGE – Art Institute of Chicago>

‘The Lonely City: Adventures in the Art of Being Alone’ by OLIVIA LAING, illustrated, 315 pp, PICADOR