It’s a face with character and it belongs to a two-month-old Indian rhino calf, born at TORONTO Zoo on February 17. It’s growing at a rate of 2.3 kilograms (5 pounds) a day.  Toronto Zoo is part of a special program for Indian rhino conservation and partnered with the Cincinnati Zoo while looking after Ashakiran (that’s her on the left) during her 16-month pregnancy. Indian rhinos are considered a “vulnerable” species, one small level below “endangered”. 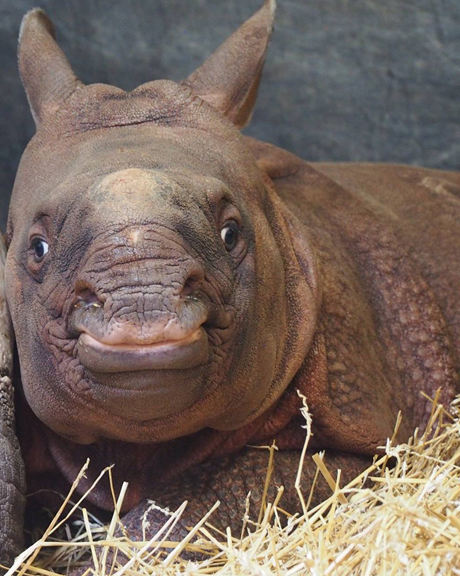 THE GOOD NEWS – the Gardiner Expressway, which carries traffic to and from the western suburbs and Niagara region, will be construction-free three months ahead of schedule. 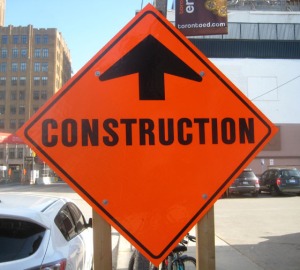 THE BAD NEWS – Downtown TORONTO will see major road work done on Richmond, Gerrard, Queen, College, River and Shuter Streets. That means heavy traffic on a number of cross-town routes in the city centre.  122 kilometres of roads are being resurfaced city-wide; 238 kilometres of sewer and watermain pipes upgraded; $263-million worth of repairs to roads, expressways and bridges.  The Toronto Transit Commission (TTC) will be closing sections of the subway 14 times for track work before the end of summer, and another 16 times in the coming fall and winter.

MORE GOOD NEWS – With the low Canadian dollar (roughly 79 cents to the US greenback) Americans have discovered TORONTO. On average there are 7,000 American visitors every day and a further 5,000 from other countries (China and the UK in particular).  “Our city has never looked better or been more attractive to foreign and domestic travellers,” says Johanne Bélanger, President and CEO of Tourism Toronto.

ADVICE – in advance get to know the TTC’s reliable subway, bus and streetcar system; purchase a daily Transit Pass ($11 available at all subway stations, better deal on weekends and holidays); Bikeshare; Uber; taxis; use subway station parking lots and take transit from there . . .  or just walk in one of Canada’s most walkable city centres. 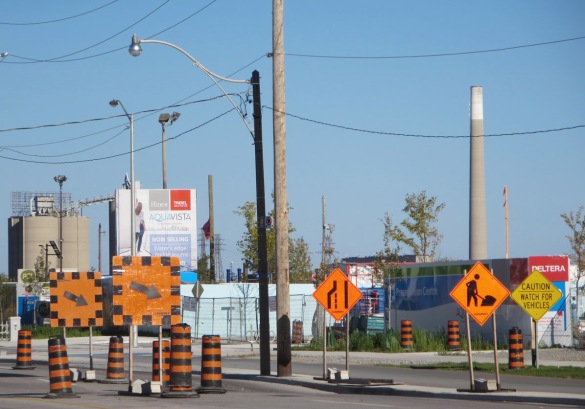 JANE JACOBS (1916-2006), urbanist, writer, activist and grassroots organizer, lived for 38 years at 69 Albany Avenue in TORONTO’s Annex neighbourhood.  Born in Scranton, Pennsylvania Jane spent more than half her life in Manhattan, but moved to TORONTO with her family in 1968.  She became a Canadian citizen in 1974, and was appointed an Officer of the Order of Canada in 1996.

“I live at 69 Albany Avenue in Toronto,” she said
at the first Ideas That Matter conference, “but I also live in the universe.”

Among the many achievements of Jane Jacobs: saving a swath of New York City from Robert Moses’ crosstown Lower Manhattan Expressway; writing “The Death and Life of Great American Cities”, her best-known work; fighting to cancel TORONTO’s inner city Spadina Expressway and its parasitic entrails; influencing the development of the St. Lawrence Neighbourhood; opposing the amalgamation of the old city with its inner suburbs; and making herself available for media interviews, conferences, speaking engagements, this, that and the other.  Upon her death in 2006, her family’s statement said: “What is important is not that she died, but that she lived, and that her life’s work has greatly influenced the way we think.  Please remember her by reading her books and implementing her ideas.” 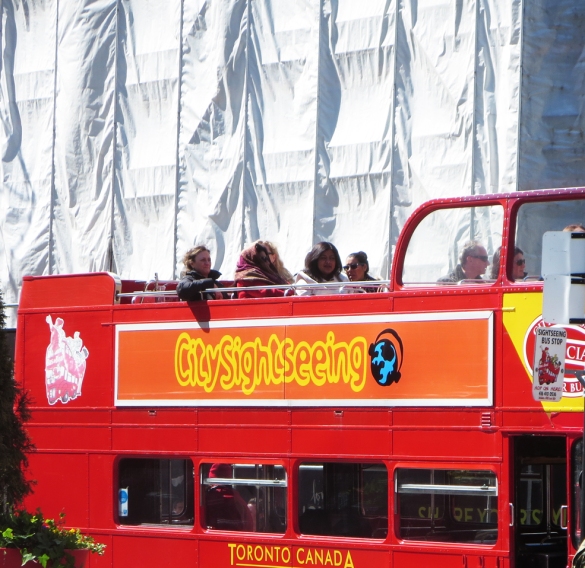 PRINCE once lived among us on TORONTO’s Bridle Path when he was married to Manuela Testolini. The marriage was a short one, but the 14,280 square-foot palatial home remains – listed for sale by Forest Hill Oakville Real Estate for $12,788,000. 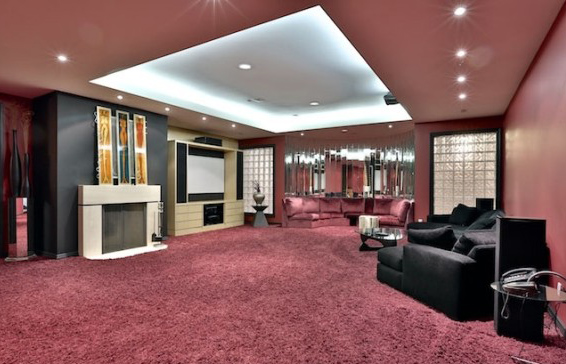 The international music celebrity made himself comfortable with 6 bedrooms, 10 bathrooms, a tennis court, and ‘award-winning’ pool with heated cabana – “a majestic ambiance for entertaining on a global level” according to the realtor.

RICHARD LONGLEY in NOW magazine – “The Soldier, by sculptor GEORGE W. HILL was dedicated in 1921 to honour “These former pupils who died for humanity in the Great War of 1914-1919.” There are 78 names on The Soldier, two of them are women.

Steps to the east is a very different memorial, sleek stainless steel in the form of a broken H, by Harbord alumnus MORTON KATZ. Unveiled in 2007, it reads: ‘To the (52) boys of H.C.I., whose futures were taken in the Second World War, whose memories will be forever in Canada’s heart, this monument is dedicated.’

Before hosting the 2015 Pan-American Games TORONTO insisted that structures of lasting value be left behind. One of these projects is the former Athletes Village on the east side of downtown, which underwent a complete interior rebuild after the athletes checked out.  Buyers and renters will soon be moving into their apartments and townhouses. Most of the condo units were sold before the Games ended.

Writes architect BRANDON DONNELLY: “None of the retailers have moved in, so the area currently feels like TORONTO ‘post zombie apocalypse’ (to use a friend’s description of the neighbourhood). But all of the bones are in place for an incredible downtown neighbourhood.” 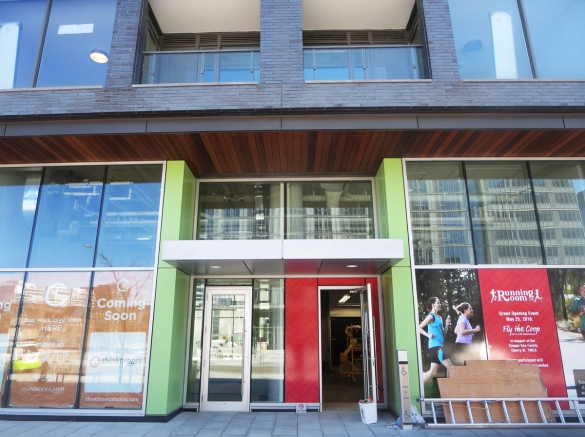 Mr. Donnelly is not all that keen on gray brick: “It’s gray on gray on gray. We’re playing into that boring Canadian stereotype here. I hope the subsequent developments introduce some wild colors. Although some red brick to tie into the Distillery District would work well too.”

But on the other hand: “Notwithstanding the gray, I’m super excited about the Canary District and I am generally bullish on the east side of downtown.”  Follow Brandon Donnelly on his ‘daily blog for city builders’ at http://www.brandondonnelly.com

Steven Fong Architect collaborated with design entrepreneur Lorne Gertner to turn a small gap between two converted TORONTO warehouses into a ‘next wave’ coffee shop and showroom. The shop is a modified shipping container inside the loading dock of a former tobacco factory at Adelaide and Stafford, just south of West Queen West. 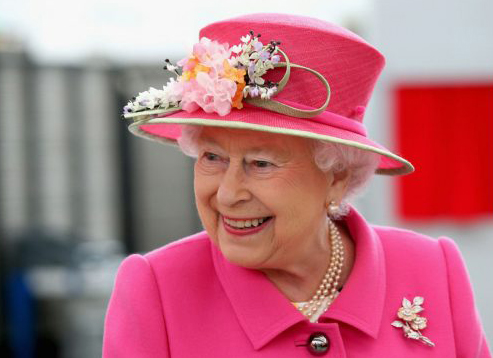 Since her accession in February 1952 Elizabeth II has been Head of the Commonwealth and Queen of the United Kingdom, Canada, Australia, and New Zealand. She has visited Canada 24 times, is very popular here, and it’s hoped she’ll come again for Canada’s 150th birthday celebration in 2017.  <PHOTO ABOVE – Ron Poling, The Canadian Press> 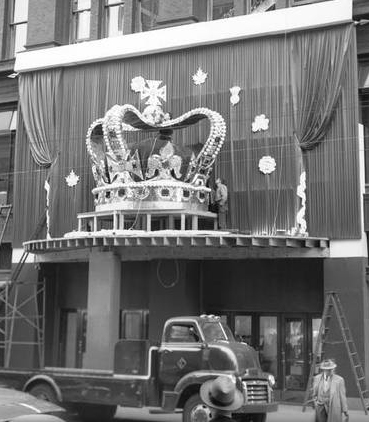 <Canada’s Prime Minister Justin Trudeau and The Queen, London, November/2015>  She speaks fluent French, has received many horses from the Royal Canadian Mounted Police, a couple of beaver as a gift, has a personalized Canadian flag, made the first long-distance call on Canada’s Trans-Atlantic cable telephone system in 1961, dropped the puck at an NHL hockey game, and has traveled to all parts of the country. 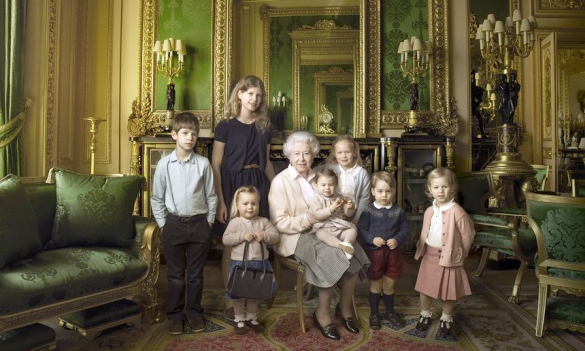 Smog shrouds and gridlock above ground, but everything is beautiful underground in SHANGHAI, HONG KONG, CHONGQING & TOKYO. Mayor John Tory spent 10 days in China, Hong Kong and Japan, returning to TORONTO with renewed fervor for public transit in this city.

<ABOVE – Mayor John Tory onboard the Chongqing monorail>  Mayor JOHN TORY: “We rode the MTR (Mass Transit Railway) in Hong Kong and I was crying out of envy of what they’ve built. There are some lessons we can take from what they’ve done.”  <ABOVE – Hong Kong Metro Map>  Four million passengers ride the MTR everyday and they’re expanding it by four lines.  Much like TORONTO, the MTR is updating its signalling systems.  Their contractor is TORONTO company Thales Canada.>

<ABOVE – Shanghai’s subway map.  Second only to Beijing in terms of ridership, the Shanghai subway hauls 10-million passengers daily over the longest public transit network in the world – 588 kilometres>

<Mayor Tory – “Those cities responded to the growth they were seeing by doing something. We responded by doing nothing for a long period of time, and even when we talk about doing bold things we wring our hands and find reasons not to do it.”

On surface routes TORONTO scores fairly well with 8 lengthy streetcar lines, 24-hour bus & streetcar service, suburban double-decker commuter trains and articulated buses – but underground, things aren’t quite so rosy.  The subway serves downtown & the inner suburbs with 69 stations and 6 more on the way. A cross-town LRT underground line is under construction, which will add another 22 stations. There’s a crying need for a Downtown Relief Line.