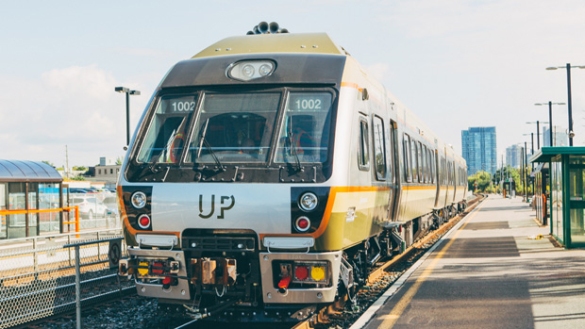 Metrolinx got the message. It’ll now cost $12 ($9 with a Presto card) to travel between Union Station downtown and Pearson International Airport (reduced from $27.50). UPExpress was expected to attract 5,000 riders per day for the first year of service, but was only averaging 2,300. Changes to this deluxe service were made just in time for March Break.

There’s a good possibility TORONTO’s Bloor Street West will finally get bike lanes – after several decades in the making. Plans are to install bikeways on both sides of Bloor from Shaw Street to Avenue Road. The grumbling amongst motorists and business owners has begun.  “Support among residents and business is strong.” – Jared Kolb, Cycle TORONTO  For Globe and Mail columnist MARCUS GEE’s thoughts on street parking and bike lanes go to “Grow up TORONTO, it’s time to let street parking go” –  http://www.theglobeandmail.com/news/toronto/grow-up-toronto-its-time-to-let-street-parking-go/article29188632/