In the seventies, GUERILLA ruled the roost when it came to TORONTO’s pinko, lefty, granola-eating, counterculture, pot-smoking community.  The biweekly paper, launched on June 5, 1970, provided much needed info on how to survive in the city as a “hippie”.  If you happened to be a newly arrived Vietnam War deserter or draft dodger, GUERILLA was your contact lifeline.  The paper survived for three years. 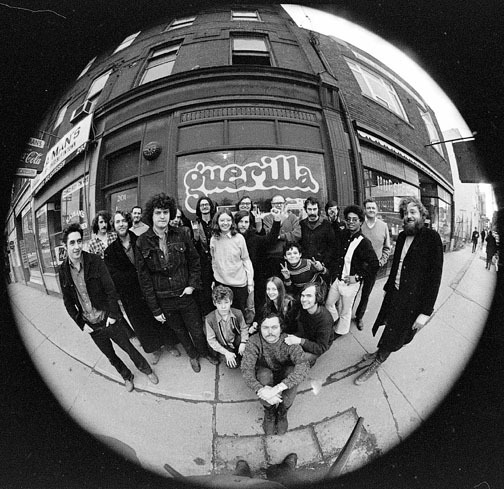 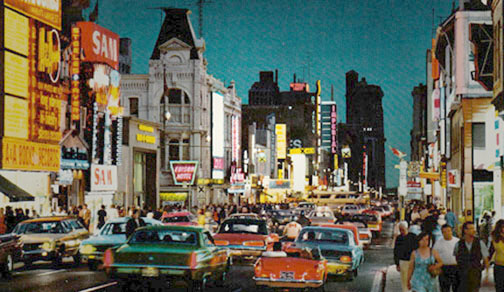 “Yonge Street lies spread-eagled in the middle of Toronto; leering at you through colour photographs of droopy-breasted go-go girls stuck on curtained bar windows and psychedelic posters of sullen naked women on book store doors; winking at you through thousands of neon-front electric eyes; calling you through sex-hard rock tunes roaring from crowded record stores . . . “

“There’s no escaping her (not if you’re a red-blooded all-Canadian stud); if she doesn’t get you one way, she’ll get you another.  She’s the meanest, sexiest, trickiest, smilingest, stubbornest hooker in town, Yonge Street.  She’ll promise you your wildest fantasy, wipe out a week’s wages in one evening, give you absolutely nothing in return, and do it so well that when it’s all over you’re left standing on the cold, hard sidewalk counting the hours till next pay day and another chance at her, Yonge Street.”