ROTTERDAM has often been overshadowed by its elegant sister to the north (Amsterdam), but in October it received a well-earned accolade from the influential LonelyPlanet Website. The city captured fifth place on its Top10 Cities List for futuristic architecture, nightlife, drinking and dining venues, and all-round innovative developments of culture and design.

<PHOTOS ABOVE – the rebuilt and reconfigured Centraal Station & interior of the iconic new Rotterdam Market>  Being a longtime fan of ROTTERDAM, having visited for the first of many times in the 1960‘s, I’d add to the list friendly people, congestion-free sidewalks, fine museums and art galleries, fewer tourists than A’dam, the River Maas, the trams and metro, an extensive bicycling network, a multi-ethnic population, post-industrial neighbourhoods, 1-hour connections to Antwerp, Haarlem, Dordrecht, Den Haag – and of course, Amsterdam.

ROTTERDAM had a rough time after its city centre was bombed to oblivion in May, 1940 <PHOTO ABOVE>. A few of the old buildings survived the blitz and all have now been restored. Over the past 75 years new architecture filled in the former rubble-strewn lots, and now in November 2015 the old city sparkles like never before.

Below sea-level ROTTERDAM has initiated plans to fully climate-proof itself by 2035, doubling up water plazas as playgrounds and environmentally floating homes. In this time of global warming that in itself is worthy of an award. LonelyPlanet’s Top10 Cities List in order:
1. KOTOR, Montenegro
2. QUITO, Ecuador
3. DUBLIN, Ireland
4. GEORGETOWN, Malaysia
5. ROTTERDAM, the Netherlands
6. MUMBAI, India
7. FREMANTLE, Australia
8. MANCHESTER, England
9. NASHVILLE, USA
10. ROME, Italy 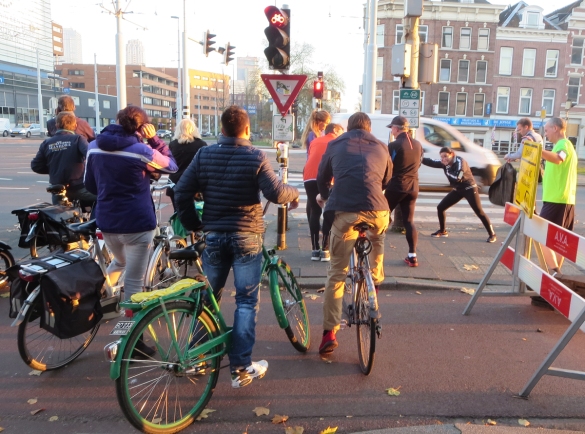