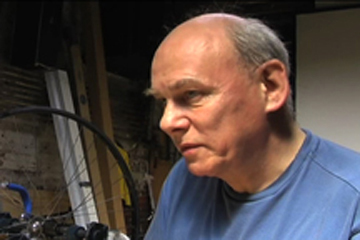 CINECYCLE’s Founder and Director, Martin Heath, is the recipient of the Tom Berner Award for “providing extraordinary support to the cause of independent film making in TORONTO.” A former print maker, film handler and projectionist, Martin is a longtime supporter of the city’s music scene. 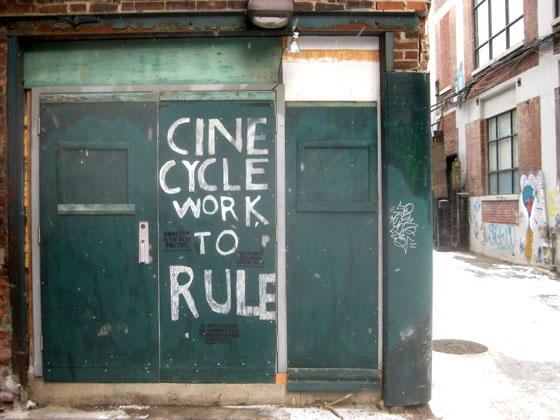 At different times, CineCycle’s coach house was a stable, home to a fine fur company, and a sweat shop.  The “work to rule” graffiti is from a worker’s action that took place here in the 1930’s.  Bike repairs are by appointment; films are screened on an irregular schedule.  <PHOTO ABOVE – Kelsey Adams/canculture.com & BELOW – blogTO> 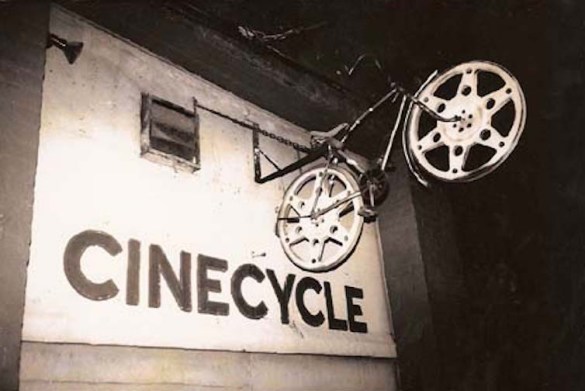 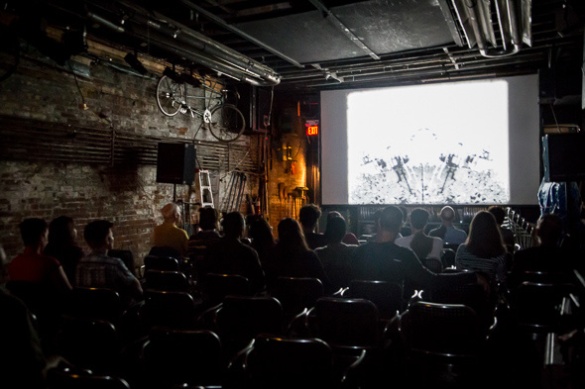